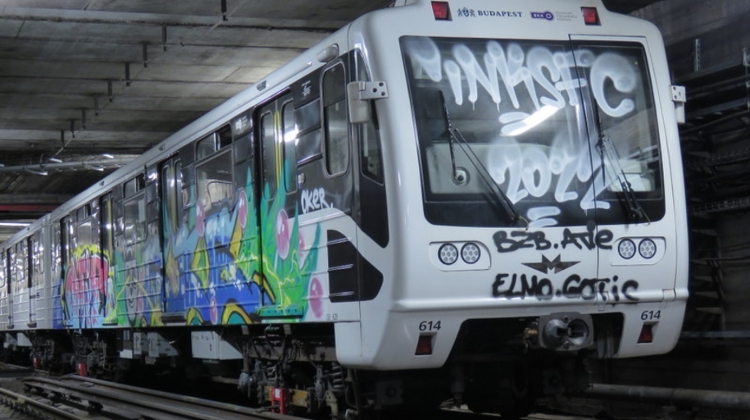 Budapest police announced the arrest yesterday of two Italians, two Bulgarians and one Spaniard who had come to Budapest to spray-paint graffiti on metro carriages.

On the nights of September 9-11, three of the suspects broke into the premises of the Budapest transport company in the 10th and 11th Districts and sprayed graffiti on the metro carriages, causing damage exceeding Ft 1 million.

Spray paint and gloves were found in their car, and when their hotel room was searched, ten memory cards containing photos taken at the locations of the vandalism were seized.

Also on September 11, a 17- and a 20-year-old Bulgarian were caught in the act at in a subway system area in the Fourth District.

They caused roughly Ft 200,000 worth of damage with their spray-painting.

The culprits had filmed themselves prying open a ventilation door, climbing in, and then fleeing when they were disturbed by the security guards. The footage ends with their capture by police.