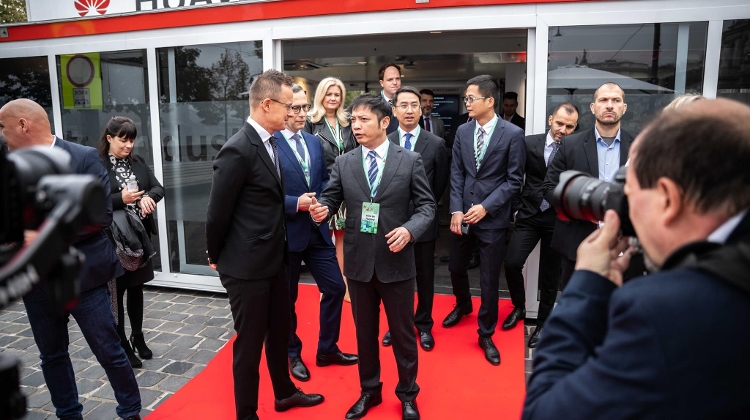 The Hungarian government's job is to save the country from the "impending recession" in Europe and ensure that Hungary stays on a path to economic growth, the minister of foreign affairs and trade said.

He added that the continent was also facing a serious security crisis. To keep the economy on a growth path, the country needs to “continuously attract foreign investment that creates new jobs and steadily increases the level of technology,” Szijjártó said.

To this end, Chinese companies have proved to be “excellent partners”, providing support through their investment projects in the current difficult situation, the minister said.

Large Chinese companies are obtaining an increasing market share in Europe, and growing their presence through investments, he said. “It is in Hungary’s interest that more and more large Chinese investments should come here,” he said.

Szijjártó noted a battery plant construction by CATL as “the largest investment of all time in Hungary and one of the biggest in Europe”, and he mentioned Huawei’s research centre and logistics base as facilities yielding “special benefits” to the country.

Govt Doesn’t Discriminate Against Investors Based on Country of Origin

Hungary’s government does not and never will discriminate against investors based on their country of origin, Péter Szijjártó, the minister of foreign affairs and trade, said on Tuesday, attending Huawei European Innovation Day.

“There is only one requirement: investors must honour [local] laws and regulations,” he added. The same principle applies even when the government is “under serious international pressure not to allow Huawei in,” he said, adding that “we are proud of Huawei’s investments in Hungary”.

Active in Hungary for 15 years, Huawei was the first Chinese company to sign up as a government strategic partner, Szijjártó noted. Cooperation with Huawei “is a clear sign of the government’s openness to innovation, new ideas, dialogue based on equality and mutual respect, and value-creating work”, he added.

He noted that like in 2020, this year saw the highest amount of FDI coming from China, “as a result of the government’s Eastern Opening strategy”.