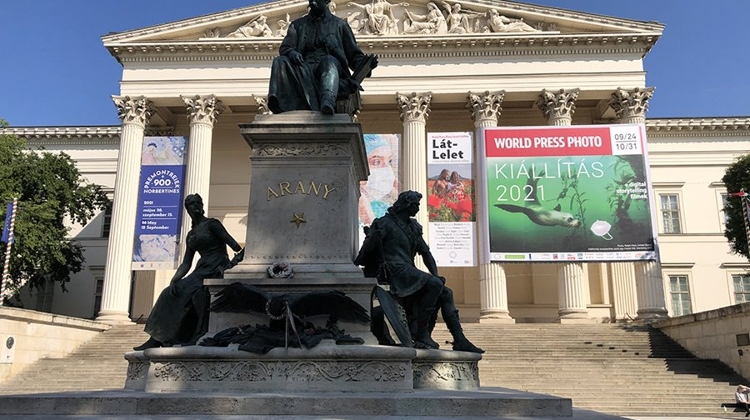 On display until 30 October. The World Press Photo exhibition opened at the Hungarian National Museum, with nearly 140 press photos showcased from all around the world.

This year the images were selected by an international jury from 64,823 photographs by 4,066 photojournalists from 130 countries, László L. Simon, the director of the museum, said.

The winners were chosen by an independent jury that reviewed more than 64,820 photographs entered by 4,066 photographers from 130 countries.

The photos on display did not necessarily illustrate milestones of human history but captured “irretrievable moments”, those that later might turn out to be historic, the Defence Minister Kristóf Szalay-Bobrovniczky, said addressing the opening event.

The exhibition presents many images of social injustice, yet more proof that the world “is becoming a more dangerous place” after a sustained period of peace, he added.

Dutch Ambassador to Budapest, Desirée Bonis, noted that World Press Photo is an independent non-profit organisation, founded in Amsterdam in 1955, and has remained a recognised platform of journalism since then.

The ambassador called critical, independent, fact-finding journalism the lifeblood of democracy, adding that the existence of the free press was a touchstone for a country joining the European Union.