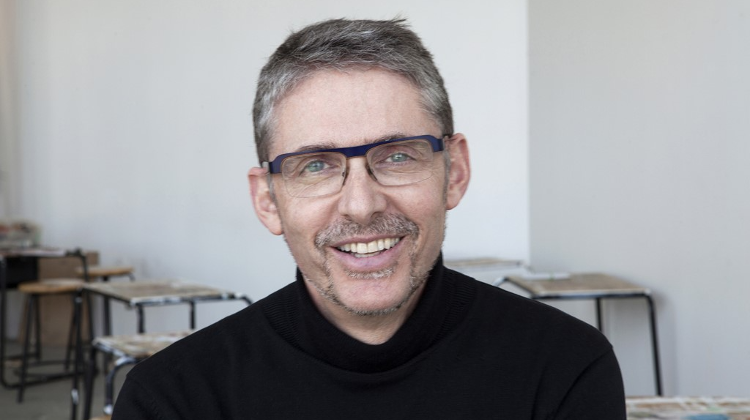 One of the most widely known Moholy-Nagy researchers in the world, art historian and curator Dr. Olivér Botár Jr. (Oliver A. I. Botar) will be presented the Moholy-Nagy Award on 27 October 2022 by Rector József Fülöp at the MOME Campus.

Botár is one of the most widely known researchers of László Moholy-Nagy’s oeuvre and Central European modernism, and has made an outstanding contribution in recent decades to a better understanding of the complexity the work of the eponym of Moholy-Nagy University of Art and Design holds and its impact on contemporary culture worldwide.

The professor and associate director of the University of Manitoba, School of Art curated the comprehensive exhibition Bauhaus (Canada) 101 which debuted last year in Canada, and is the author of several books, including Nature and Art: Moholy-Nagy Reconsidered (1916-1923) which was published also in Hungarian.

His research reinterpreted the work of Moholy-Nagy, identifying biocentrism and environmental and natural consciousness as defining aspects of the ethos of the artist hitherto regarded as technology- and innovation-oriented. In light of the global challenges facing us, this dimension lends particular relevance to the exploration of his oeuvre for designers, artists and education institutions.

In Dr. Botár’s words, “Moholy-Nagy’s entire pedagogical approach was intended to show people how to lead a happier life in a modern age despite the excesses of technology”.

With its decision, the award committee recognises the work of Dr. Botár and wishes to contribute to the forging of closer ties between the world-renowned researcher and the institution bearing the name of László Moholy-Nagy and continuing his legacy in the 21st century, as well as its students, teachers, and researchers.

The event will be followed by the autumn title award ceremony of the university, granting a doctoral certificate to dr. Ákos Schneider, Renáta Dezső, Zoltán Körösvölgyi, Péter Bence Simon, Barbara Sterk and dr. Tamás Kollarik as well as an associate professor certificate to András Göde and Zsolt Gyenge.

In addition, awarding of honorary university professor and honorary associate professor titles to leading designers and current and former professionals of Mercedes-Benz for their contribution as teachers, including Robert Lešnik, Thomas Sälzle and Gábor Tamás Németh, will also take place to mark the 20th anniversary of the collaboration between MOME and Mercedes-Benz.