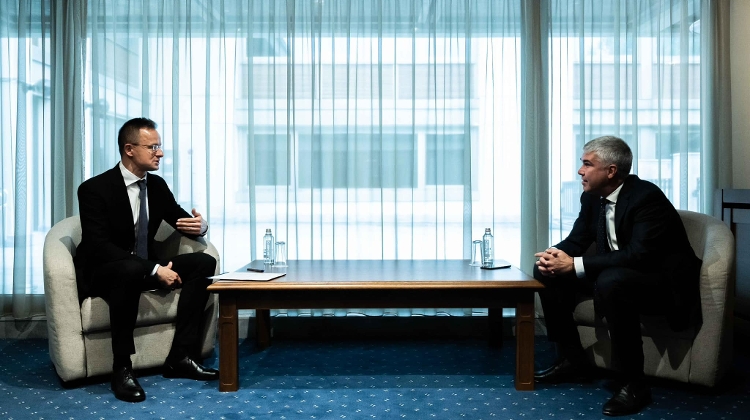 Hungary is prepared to continue aiding Ukraine on a bilateral basis, but will not support the European Union taking out a loan for that purpose, Foreign Minister Péter Szijjártó said in Sofia.

Referring to draft legislation the European Commission is expected to table this week which proposes 1.5 billion euros in monthly aid to cover the war-torn country’s financing needs, Szijjártó told a meeting of the foreign ministers of the Central European Initiative that Hungary had supported the country’s health-care, education and cultural and religious institutions “to the tune of tens and hundreds of millions of euros” even before the war.

“We are ready to continue to support Ukraine based on a bilateral agreement,” he said. At the same time, Hungary will “definitely not support the EU taking out a loan” for that purpose because “we have done so once already.

We supported the loan the EU took out during the coronavirus pandemic, and that was more than enough,” he said.

Regarding the sanctions implemented against Russia in response to its attack on Ukraine, Szijjártó said the measures had had the opposite effect to what was promised when they were introduced: “The war’s brutality is growing and the European economy, rather than the Russian, was the one brought to its knees.”