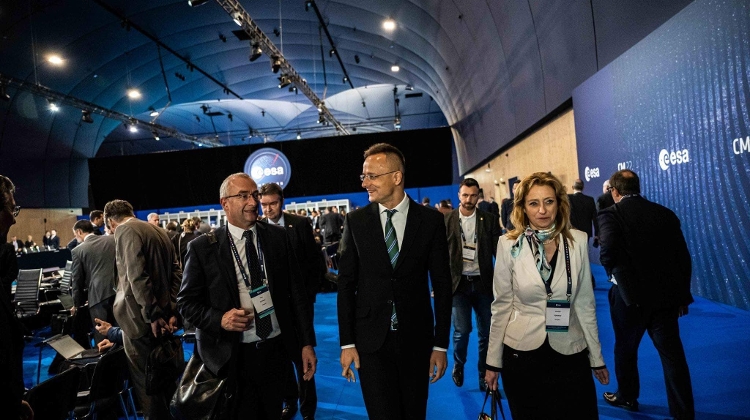 A Hungarian astronaut will take part in a 30-day research mission at the International Space Station at the end of 2024 or the beginning of 2025, Foreign Minister Péter Szijjártó confirmed to the European Space Agency (ESA) ministerial council in Paris.

Only eight of the 244 applicants are still in competition to be selected for the mission, and the winner will be selected in the weeks leading up to the voyage.

The astronaut, in co-operation with US firm Axiom Space, will test 12 Hungarian devices and carry out eight experiments for Hungarian research teams.

Szijjártó told the meeting that Hungary had announced a roughly $100 million space programme, one of whose goals is to send a Hungarian into space.

Under an agreement signed with the ESA on Tuesday, Hungarian SMEs will receive about Ft 4 billion over five years for developing the technological background necessary for a major European project.

More than 140 Hungarian instruments were sent to outer space in recent decades.

Szijjártó affirmed that Hungary supports the ESA’s efforts to enhance the continent’s role in the global space industry.