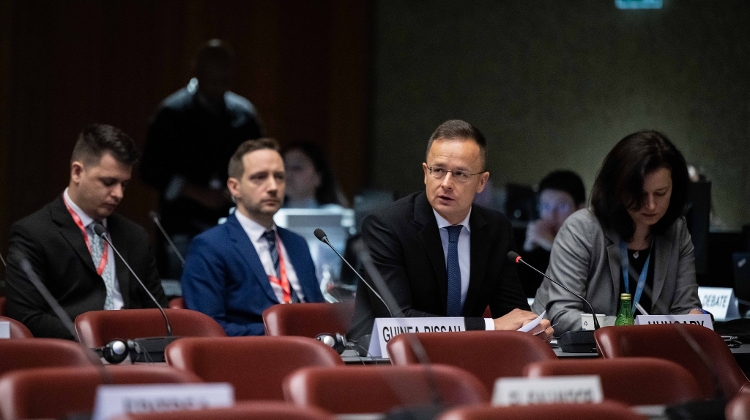 Hungary has received exemption from the use of the oil price cap, Foreign Minister Péter Szijjártó said on Facebook.

The European Union will introduce a price cap on oil, yet it would be high time for Brussels to realise that such measures hurt Europe’s economy the most, he said.

Szijjártó said that increasing energy volumes would be required in order to reduce prices.

As a result, the security of Hungary’s energy supplies has been again successfully protected, he said.

Natural gas plays a crucial role in Hungary’s energy supply, but one way to reduce this dependency is by increasing electricity imports, which the government is working on, the minister of foreign affairs and trade said in Slovenia’s Cirkovce.

One of the most oft-repeated words in the European debates on energy is “diversification”, which to Hungary means procuring as many types of energy sources from as many resources and via as many routes as possible, a foreign ministry statement cited Péter Szijjártó as saying.

Hungary has therefore launched two critical projects aimed at guaranteeing the country’s long-term electricity security, Szijjártó said. He welcomed the successful completion of one such project with the linking of Hungary and Slovenia’s electrical grids.

The second one entails the supply of green electricity to Hungary from Azerbaijan via Georgia and Romania, the minister said, adding that the agreement on the transmissions will be signed in Bucharest in two weeks’ time.

“This will not only boost the security of our energy supply but also allow us to consider environmental protection aspects and maintain Hungary’s lead position when it comes to responsible, eco-friendly energy consumption,” Szijjártó said.

Hungary’s import and consumption of electricity will now become more secure and balanced, he added. Szijjártó noted that Slovenia was the only one of Hungary’s seven neighbours with which it had yet to link its gas supply network.

“I have to say that this hasn’t been and isn’t up to us,” Szijjártó said. “We’ve initiated this several times.” Slovenia’s past governments “did not support these plans that much” but it appears that the country is now more “politically receptive” to them, Szijjártó said.

He added that there “isn’t really a point in building these pipelines under a capacity of about 2 billion cubic metres”.