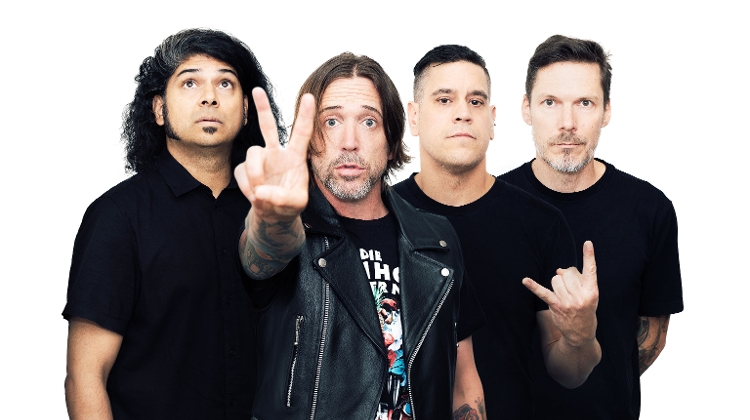 The Canadian punk-rock band made up for their cancelled show in 2020 last year, and will return to Budapest Park this year to give fans a chance to hear a repeat performance of the band and their new album, released last year. Billy Talent return to the scene of the action on June 7.

Billy Talent is Canada's most popular punk-rock band, delivering smash hits with an unchanged lineup for more than a quarter of a century.

The band members formed in a Catholic school in suburban Toronto. Benjamin Kowalewicz, Ian D'Sa, Jon Gallant and Aaron Solowoniuk wrote songs under the name Pezz, but in 2001 a legal dispute led to the band changing their name to Billy Talent, and they were soon picked up by Warner Records.

This opened a new chapter in their lives, as the guys sound became even harder and put more miles on the tour bus. In 2003 they released their first album, which won them Canada's most prestigious music award, Juno.

Not only have they played to sold-out crowds in their home country, their songs have also hit the charts in Germany and they have played with bands such as My Chemical Romance, Rise Against and Anti-Flag.

With their hard-hitting, yet melodic punk-rock music, the guys have amassed a huge fan base around the world over the past decades.

The band has released six albums to date, most recently Crisis Of Faith in January 2022. They started dropping new songs in 2019, and the song I Beg to Differ (This Will Get Better), released in spring 2020, was not originally intended as a single, but was intended to console fans for the cancelled tour.

Alongside the release, they have also shared crisis hotline contact details for those who feel they need mental support at this difficult time.

The song - like all the singles from the album that were later released - climbed to number one in the Canadian charts. But now, thankfully, the tour is back in full swing and last year we got to experience just how much the band can hit the world, and now, almost exactly one year later, we can once again celebrate Billy Talent's old and new hits at Budapest Park on June 7.