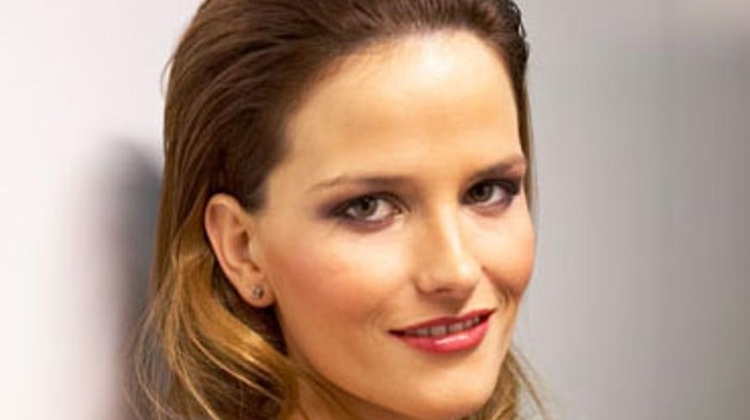 Almira Emiri was born on 20 December 1982 in Tirana, the capital of Albania. From her mother's side she is the niece of an albanian sculptor, Fuat Dushku. At the age of 7 she started her musical education in Fier, at the elementary School "Jakov Xoxa".

In 1993 she performed her first solo Concert, at the Cultural Music Hall, in Fier. At the age of 10 she was the winner of C.I.C.A.L. competition in Albania, and won a tour of concerts in Italy. She performed 45 Concerts in Italy, in just one month. Since 1993 she has played many times for the Albanian Television (TVSH), and Albanian Classical Radio.

She was 12 years old when she came to Hungary to continue her studies. She studied 3 years in Szekesfehervar, at "Hermann Laszlo" Music School, her teacher was Larisa Bornemisa.

In 1997 she won the 1st prize in Hungarian National Piano Competition. In 1998 she won that 1st prize again, and at the same time she passed the admission examination at the Bartok Bela Conservatory in Budapest.

In 2001, 2002 and 2003 she was invited as a soloist for concerts at the Music Academy of Tirana - these were her "shining returns to Albania", after her move to Hungary.

In 2002 she succeeded in the admission examination at the Liszt Ferenc University of Music.

In 2006 she was invited as a soloist at Tirana's Opera House, in the same summer she was invited in Italy as well. She had a piano recital in Rome, "Teatro di Marcello". A few weeks after the concert in Italy, she won the special prize in "Johannes Brahms" International Piano Competition, in Pörtschach (Austria).

During her last school year in Budapest, she started the Master studies in Graz (Austria), Universitat für Musik und Darstellende Kunst. In 2006 she graduated in Budapest, as a piano teacher and a chamber musician.

In Graz she studied with prof. Annamaria Bodoky-Krause, and graduated in 2008 as a concert pianist. Now she is studying with Eugen Jakab. Recently she has performed a number of concerts as a solo pianist and as a chamber musician all around Europe.

1. When did you arrive in Hungary and what brought you here?
In '95 for piano lessons, and due to the bad living conditions in Albania

2. Have you ever been an expatriate elsewhere?
Austria, France

3. What surprised you most about Hungary?
Architecture, quality of Music Education, ah...and wine :)

4. Friends are in Budapest for a weekend - what must they absolutely see and do?
Great Concerts, Thermal Bath, Fogas Ház

5. What is your favourite Hungarian food?
Szarvaspörkölt

6. What is never missing from your refrigerator?
Feta cheese, olives, pesto, yoghurt, fruits

7. What is your favourite Hungarian word?
Huncut

8. What do you miss most from home?
Family, folk music, sea and mountains, fresh seafood and lamb.

9. What career other than yours would you love to pursue?
Architect

10. What's a job you would definitely never want?
Cleaning the streets

11. Where did you spend your last vacation?
Prague

12. Where do you hope to spend your next holiday?
Lisbon

13. What was your favourite band, film, or hobby as a teen?
Nirvana fan

7. Morning person or night person?
Both

18. Which social issue do you feel most strongly about?
Different cultures and nationalities to live in peace together

20. What would you say is your personal motto?
Don’t worry, be happy... Life is too short to spend it on the sad side