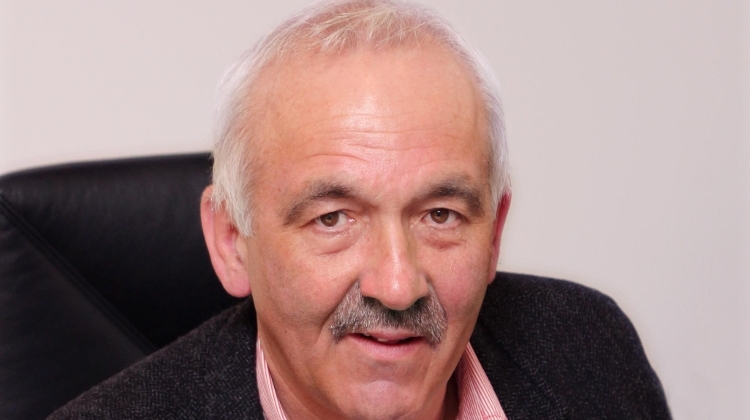 László Szőke finished his studies in 1978 at the Budapest University of Technology and Economics. A graduate of in Hydraulic Engineering he started working as a building manager at Vízügyi Építő Vállalat. From 1983 to 1984 he worked in Algeria as a project manager, building an educational centre.

From 1990 to 1994, during the Magyar Demokrata Fórum government, he was first the Senior Counsellor, and later Head of Department at the Ministry of Defence. Afterwards he became the director of the Association of Hungarian Local Governments, where he served until 1996. Next he became the Director of MDF, and the representative of the Capital within the party. In 1998 he started working as the Deputy Mayor of Budapest's District 11, holding his position for four consecutive years. In 2006 he retired from politics.

Since October 2010 he has been the leader of Budapest Gyógyfürdő Zrt. which includes 15 spas. 13 of them are currently in operation, 8 of them are open for visitors all year, and 5 of them are only open during the summer season.

1. Where did you grow up?
Near Békéscsaba at Gyoma and I was 14 when my family moved to Budapest. I chose to go to Eötvös József college rather than the Technical University. I started work at VÍZÉP and later at a Foreign trade company in Algeria where I spent two years at the beginning of 80's. It would be interesting to go back there after so many years.

2. If you could be an expat anywhere in the world, where would you choose?
I've been to every country in Europe (except for Iceland or Lichtenstein); and a few times to Asia, USA and Canada. I liked the life in Morocco / Marrakesh (a magical city), the center of the hippie movement. The Atlas mountains were beautiful and the weather so good but as to living there - I'm not sure. In Ireland too, Dublin is a nice city and there are lots of nice places close it. I really like visiting museums with painting exhibitions. In London, there is the the National Gallery and I always go there alone with a guide book and enjoy it very much. Same also in New York, the Louvre, Amsterdam, Vienna, Florence, Sienna or Pisa. There is always a good feeling about Italy. If you are walking in Florence you can always feel the 'Medici' air.

In my 20's, I hitch-hiked to London from Budapest. Although I hated the political system in Hungary, I never ever once thought about not coming back. It is just normal to me to do so.

3. What would you miss most if you moved away from Hungary?
Friends and family - when living in Africa missed them the most. Also I missed eating pork too - however not far from Tunisia we found the first restaurant at which we could eat pork.

5. What is your favourite food?
Pork, and other grilled meats. For example pork csülök (knuckle). I like cooking and grilling outside, but not in the kitchen!

4. Friends are in Budapest for a weekend - what must they absolutely see and do?
I truly believe that the main attractions of Budapest are the thermal baths and bathing houses. My son lives in London and when he comes back here he always goes to Spa. Király is special and is separated; Széchényi is great but my ultimate favorite is the Gellért. When I was in my 20's I was a regular visitor there. I also went to Rudas, depending on my mood, since there is Budapest Spa for every mood.

6. What is your favourite sport / form of exercise?
When I was younger I played football. In fact, I was a qualified player and even today I still play once per week on Sundays with my friends. When playing football it's going for blood in every match even if we are friends for long years.
I also like skiing and have done so every year for the last 40 years. Went to Nasfeld recently where there was 470 cm snow.

7. What is your favourite place in Hungary?
For me it is Budapest even though there are a few nice places like Gyoma for example. We live close to Kőrös river, our garden fence ends on its banks. We have a very nice house. When I retire I intend to buy the house but I do not know for how long I could enjoy the silence. At the moment, we also live in a quiet area with birds, forests, dogs and sometimes, silence.

8. What career other than yours would you love to pursue?
A security guard at the British museum.

9. What’s a job you would definitely never want?
None where others can interfere with what I am doing, I need to be independent!

10. Where did you spend your last vacation?
Nasfeld in Austria which is the second greatest skiing resort in the country. I was on slopes from 9.30 in the morning until 4.30 in the afternoon and, apart from a brief stop for lunch, there was no resting. On average I skied 60 km per day.

11. Where do you hope to spend your next one?
There are some countries in South Africa, China and Peru I would like to visit. I want to walk the Inca trail. I would also like to go to Israel for at least 10 days to look around properly. I once went to Jerusalem from Jordan but that was only a short trip.

12. What was your favourite band, film, or hobby as a teen?
I liked rock music in the Golden Age in 60's and early 70's: King Crimson, Pink Floyd, Rolling Stones, Led Zeppelin.
I have over one hundred LP's which I bought back from my travel trips, all carried in my backpack when hitching. As I like the Blues, I very much like Allman Brohers band too. Bikini, Beatrice, Deák Bill.
Film: The Vietnam war film 'If', Zabriskie Point, Hair.
Hobbies: football - I follow the Premier League these days. There was a time when I followed Hungarian football but these days it’s the international league for me, in particular I like Chelsea and Liverpool.

13. Apart of temptation what can't you resist?
Pass

14. Red wine or white?
Red wine from Villány, for example a good Cabernet Sauvignon from Bock or Gere.

15. Book or movie?
I prefer books, it gives a good sensation to hold a book, to feel the paper in my hands. And I prefer historical ones.

17. Which social issue do you feel most strongly about?
Population decline. And preservation of culture and heritage is important.

19. Which achievement in your life are you most pleased about?
Two things. First, when I was in politics and had to make lots of decisions which had influence on peoples lives. There were good and bad decisions too, but what I am most proud about now is that , after so many years, I never made a decision about which I would be ashamed of today. Secondly I'm proud of the baths and the results achieved in the last few years.

20. What would you say is your personal motto?
"Treat others as you want to be treated,” to me that should be law!