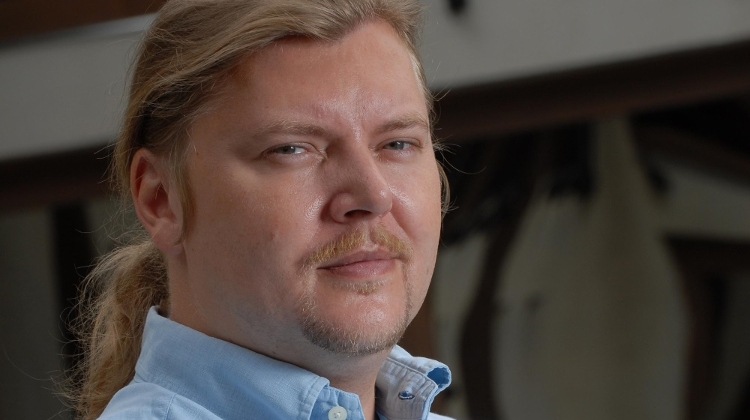 That was about a year ago. Since then all of last season’s events - always the most important happenings in my life - have come to an end. During this time we have been planning on expanding abroad and have been collaborating with Turkey and Austria as well as undergoing extended negotiations with Ukraine.

I have bought a majority stake in WAMP and also got involved with Budapest Park. Big changes have also been going on at home: one of my kids has started kindergarten and the other elementary school. My oldest child is now at college in Sweden.

2. On a scale of 1 to 10 how happy are you with your life in Hungary, and why?
In my private life I would say 7 or 8. The problem for me is that it does not matter how great things are going in my private life if I don’t feel good on a general level. Wherever I go, I see and hear people constantly complaining and this has an impact on me.

Also, in a broader sense, things are a bit aggravating. In my opinion, the condition and prospects of Hungary are especially bad and this is affecting the lives of all of us. At the same time, if we steer clear of the economy and politics and look around as a tourist, it would seem that life in Budapest is still good; it is a lively city with a fairly good public safety record, good clubs, restaurants and full of life.

3. What’s the best party you’ve been to while in Hungary, and why?
It is hard to say because since I was 16 I almost always have had to attended festivals and events for work, checking the lights and sound, etc.

5. What hidden talents do you have?
I like to dream, but still have my feet on the ground. I am persistent and love challenges. I think this has enabled me to make some of my dreams come true. I am my own man; I do what I love and even though I tend to overwork myself, I do feel good about myself.

6. What was the most interesting travel trip you have ever taken?
Thank God I have been able to travel a lot in my life. Visiting New Zealand during my last trip was fantastic; I had a great time there. Some other places that I love and still have good memories of are South Africa and Guatemala and Mexico. I also like the way Asian people live and think.

I like their culture and the fact that they can smile from the heart. I like exotic and almost untouched places like Vanuatu or Samoa but I could never image myself living there. The environment of a metropolis has become part of who I am.

7. If you were given a wish that could come true, what would you ask for?
Perpetual health!

9. If someone wrote a biography about you, what would the title be?
Mr Perfectionist.

10. What is the perfect pizza toppings combination for you?
Four cheese, ham (Serrano or Parma) and tuna.

11. If you could trade places with any other person for a week, real or fictional, with whom would it be?
It either would be in ancient Greek or Roman times, or maybe the in the reign of King Matthias. I t would be interesting to see how life was at that time. It is the time period that interests me, not a particular person.

Of course, I wouldn’t want to be a slave in Rome or one working on the pyramids in Egypt. If we talk about more modern times, then I would like to explore the minds of certain people and see the way their brains think: Gandhi, Steve Jobs, or Obama.

12. On a scale of 1 to 10 how unusual are you, and why?
Seven or eight. I am not saying that I am that unique (whether in terms of my abilities or any other sense of the word) but I still think that I do a number of things in a different way than most people would.

Probably what makes me different from the average person is that I prefer new things, changes and the uncertain rather than security and stability.

13. What’s the best website you’ve ever visited, and why?
I am not an experienced internet user. I have not registered with any social networks; I don’t even own an e-mail address and I really only visit a small handful of sites from which my favourites are index.hu and youtube.com

14. Who do you admire the most, and why?
Good question. I am not really the ’admirer’ type. I judge people based on what they do and I really appreciate those who devote themselves to a noble cause and stay dedicated to it throughout their lives such as a doctor or scientist. Social workers dealing with and teaching underprivileged children because they want to and not because they have to are worthier of my admiration than successful stars and celebrities.

Of course, I respect those who succeed in their own field; yet, if we talk about admiration, I can only really admire those who dedicate a large part of their lives to helping other people.

15. What do you like best and least about living in Hungary?
I like the developing trend in gastronomy because I have always enjoyed a good meal. However, the things I like the most about Hungary today are its bars, pubs, and clubs. It has an upbeat, colourful night life set in a unique, classical environment.

From Szimpla to Ötkert, these are the innovations that make Budapest a more likable place. The beauty and atmosphere of downtown Budapest never fails to fascinate me. If I get frustrated by daily events, I always go for a walk at night; from the Chain Bridge to the Basilica, then Erzsébet Square, Király Street, Gozsdu Court and Kazinczy Street. By the time I get home my good spirits are back!

Although I do not really go out anymore (apart from our own events) and now don’t drink. Even though I have never even been to many of the popular bars, I still appreciate the fact that they are here in Budapest. I also worry about the possibility that they may be closed down because here in Hungary, many people usually oppose the good things instead of supporting them.

I do not like the complaining nature of the people, their pessimism and jealousy; also the more and more common expectation that the solution for the Country’s problems should come from somebody else, particularly from the Government. The thing I like the least about current Hungary is the spread of extremist thinking and the way hate has come to the forefront.

It scares me to learn that 40% of university students seem to find extremist ideas the most appealing to them, whilst the more talented and sane young people are leaving the country to make a living elsewhere. I really dislike this trend and the future it forebodes.

16. What has made the biggest impact on your life so far, and why?
It has to be leaving home even though I was less than 17 years old. I’d already known at the time that I wanted a job that had something to do with organizing music events but my parents did not like this idea.

They wanted me to have a ’proper’ job. Today I can understand them: my father is an engineer and my stepmother is a university teacher. This happened years before the change of regime. They didn’t think that I would be able to make a living out of it. Yet, I decided to build my own life. I would work at nights and the weekends while I was still in school. I wanted to prove that this could be a ’profession’ as well and that I would be able to do it for a living.

17. If you won USD 30 million, what would you do with the money?
I would pay off all my debts and then go on an extended trip with my family. I also have a number of business ideas; there are many areas - from minority integration to talent nursing - where the money would be of great help.

My belief is that you need to provide the net and not the fish for those in need. Even now, there are numerous programmes and initiatives that I am currently helping any way I can. If I had the money, I could do even more.

18. If your life had a theme song, what would it be?
“Always Look on the Brighter Side of Life” from the film, “Life of Brian”!

19. If you could live anywhere in the world, where would you choose?
If I have to give a city, then I would choose Sydney. A county? New Zealand. In Europe itself my choice would be either be Berlin, Barcelona or perhaps Amsterdam. I can only see myself living in bigger cities and I find it difficult to stay in one place all the time.

20. In ten years from now what will you be doing?
I hope that I will have more free time than I do now and be able to travel more. I would love to think that I will still be excited by new challenges. Hopefully, I will be able to do what I love to do.