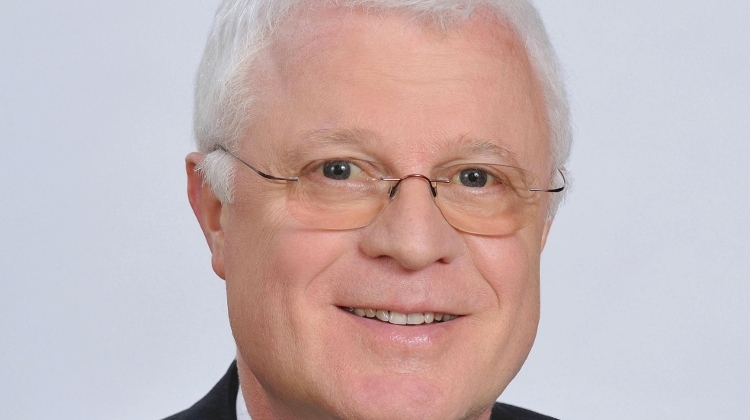 Dr. Imre Deák was born in Pécs and graduated at the College of Commerce, Catering and Tourism and at the University of Law in Pécs.

After his high school graduation he took up a job in Hotel Nádor and following his military years he was restaurant manager in Hotel Hilton Budapest. He was appointed general manager to Hotel Helikon in Keszthely in 1977, then in 1980 general manager to the Thermal Hotel in Hévíz.

After 5 years he accepted an invitation to the USA where he worked in Los Angeles as general manager. He was Senior Vice President of the company from 1990 till 2006, when he was elected chief Executive Officer. He is married with two children. He speaks English and German.

1. Where did you grow up?
I was born and raised in Pécs, Hungary

2. If you could be an expat anywhere in the world, where would you choose?
In Hungary of course

3. What would you miss most if you moved away from Hungary?
I was away for five years once – I missed friends and family the most

4. Friends are in Budapest for a weekend - what must they absolutely see and do?
Museums, Opera House, Gellért and pubs/romkocsma/

5. What is your favourite food?
Savoy cabbage stew and stuffed cabbage

6. What is your favourite sport / form of exercise?
Tennis, walking with my dog, sailing

7. What is your favourite place in Hungary?
Pécs and southern-Baranya county

8. What career other than yours would you love to pursue?
The management of culture, there is so much cultural value in Hungary and it could be and should be managed so much better

9. What’s a job you would definitely never want?
Office work somewhere along the line of bureaucracy

10. Where did you spend your last vacation?
Southern-Spain

11. Where do you hope to spend your next one?
We have not decided yet, but maybe Southern-France

12. What was your favourite band, film, or hobby as a teen?
Beatles, Blow up, water skiing

13. Apart of temptation what can’t you resist?
Anything

15. Book or movie?
Depends on mood, I enjoy both

16. Morning person or night person?
Morning and night as required

17. Which social issue do you feel most strongly about?
Kids’ poverty

19. Which achievement in your life are you most pleased about?
From professional aspects: Danubius Hotels. I have been a member from the very beginnings and have been able to be a part of the growing process that has pushed the company to its present level of development. In my private life it is my family of course: my wife and two children

20. What would you say is your personal motto?
Be faithful to yourself /Eric Knight/. Sounds very simple but sometimes it is extremely hard to keep.