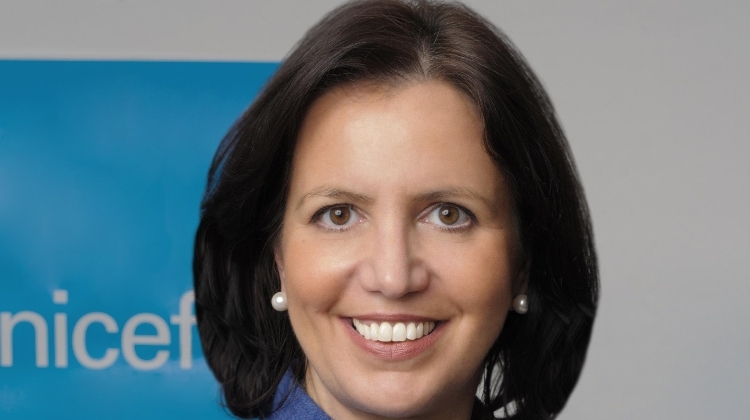 Emese is the executive director of the Hungarian National Committee of UNICEF, which is the world’s largest humanitarian organisation for children. Previously she was the communications director of Erste Bank Hungary for six years.

She bekame known nationwide from her position as the official Spokesperson for the Hungarian Government, although she only served for seven months.

Previously she led the communication and CSR activities of Tesco Hungary for years, after holding a senior position at Malev, where she was in charge of the internal as well as external communication of the airline.

She has lived in Hungary since 1994, where she worked mostly in the media world, including as the head of communications for TV3, and as the head of the press department of the Hungarian National Television.

Previously Emese lived and worked in Frankfurt and San Francisco, where she collected valuable work experience in various positions.

Originally she qualified as a ballerina, however unfortinately she is not using this knowledge of actively anymore, but she says she is still a big fan of all sorts of cultural activities and events.

1. Where did you grow up?
In downtown Budapest.

2. If you could be an expat anywhere in the world, where would you choose?
India or England.

3. What would you miss most if you moved away from Hungary?
My friends and my home.

4. Friends are in Budapest for a weekend - what must they absolutely see and do?
Castle, Chain Bridge, and the so called Buli district. See a ballet or opera at the Opera House and a concert at the Zeneakadémia, or MÜPA. I would also recommend some good restaurants and coffee houses, like Náncsi Néni or Két Szerecsen restaurants and the Lotz Room at the Párizsi Nagyáruház

5. What is your favourite food?
Pasta

6. What is your favourite sport / form of exercise?
Yoga

7. What is your favourite place in Hungary?
Balatonkenese, where we have our second home.

8. What career other than yours would you love to pursue?
Ballerina – as I have started my career when I was 9, but unfortunately had to stop at the age of 18.

9. What’s a job you would definitely never want?
Policewoman

10. Where did you spend your last vacation?
I spend most of my vacation in Balatonkenese at our house, but abroad I went lately to Paris with my son, before that I spent some time in a yoga camp in Thailand

11. Where do you hope to spend your next one?
Do not like to plan far ahead, it depends on many things, but Kenese is definitely the place which would be part of it.

12. What was your favourite band, film, or hobby as a teen?
ABBA, Hair –the film and of course ballet was my hobby as well.

13. Apart of temptation what can’t you resist?
Anything my son asks me.

14. Red wine or white?
Unfortunately none. Don’t like alcohol.

17. Which social issue do you feel most strongly about?
Anything which UNICEF does in the world or in Hungary.

19. Which achievement in your life are you most pleased about?
My son, who is the greatest man I ever knew.

20. What would you say is your personal motto?
Always look on the bright side of life…