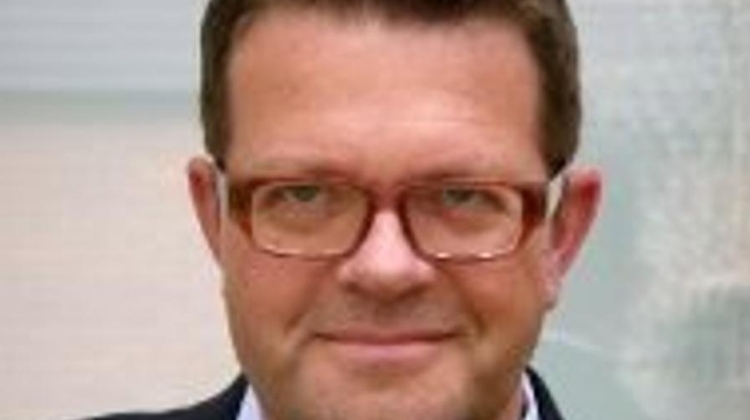 Born in Sweden, raised in Germany, I first came to Budapest in 1997 on an assignment for Regus. I was very impressed with the city, and after a year in Moscow I permanently moved here in 2000.

Working for french Coface, I left Hungary again in 2008 to take on Scandinavia, but moved back here after four years. I often say that I am one of the few who have immigrated to Hungary twice. Not so common nowadays.

In 2013 I got a chance to purchase FOX AUTORENT, one of the more prestigeous brands within the hungarian tourism industry. Since then we have developed the company by opening an office on the Vienna Airport, and we hope there is much more to come.

As a maybe more enthusiastic than talented hobby cook I am also part of culinarium.hu, a venture where other equally interested people meet, eat, drink, talk a lot, and learn to cook in a superbe setting in Tuscany.

That is my understanding of a work-life balance

1. When did you arrive in Hungary and what brought you here?
I arrived in 2000 thanks to an opportunity in business to pick from a few cities in which to live and work. I had already been here a couple of times as a child.

2. Have you ever been an expatriate elsewhere?
In Moscow, in Vienna, and as a child in Germany.

3. What surprised you most about Hungary?
Honestly, how inexpensive everything was compared to the country I came from. Once or twice we asked restaurant staff to check our bill again because it was so cheap. Also I can honestly say the friendliness of most Hungarian people.

4. Friends are in Budapest for a weekend - what must they absolutely see and do?
As a fan of architecture and design I would take them to Napraforgó utca, the 'Bauhaus colony' in Buda. Also to see Nyugati railway station, the yellow metro line, and also Széchényi baths.

5. What is your favourite Hungarian food?
Tökös mákos rétes (Strudel with poppy seeds and marrow) and a well prepared goulash soup. Both remind me of my lovely Grandmother's cooking.

6. What is never missing from your refrigerator?
A bottle of Prosecco.

7. What is your favourite Hungarian word?
Megegészségesedésedre- the fact that has 9 e-s makes this word outstanding.

8. What do you miss most from home?
Lots of things - what I miss most is the seaside, and that back there everything works well.

9. What career other than yours would you love to pursue?
Architecture.

10. What's a job you would definitely never want?
Whale hunter

11. Where did you spend your last vacation?
In Öland, Sweden.

12. Where do you hope to spend your next holiday?
Tuscany, Italy

13. Apart of temptation what can't you resist?
I have difficulties resisting interesting business and investment opportunities, something which costs me time, and my nerves.

14. What was your favourite band, film, or hobby as a teen?
Band: Rolling Stones. Film: Grease. Hobby: music - playing drums and keyboards in unsuccessful bands, I even sang on one or two singles.

15. Red wine or white?
White - Hungary is a white wine country. I like the dry ones best, such as from the Jandl winery, and Kreinbacher.

18. Which social issue do you feel most strongly about?
Unnecessary bullying of homeless people in Budapest.

20. What would you say is your personal motto?
"Only dead fish swim with the stream..."