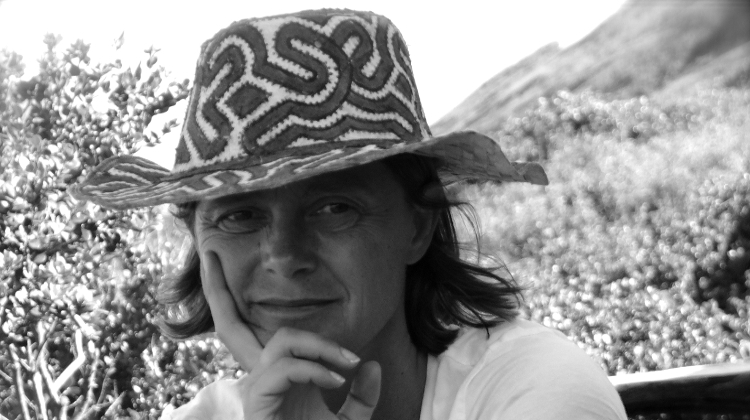 Born in Rome, Anna is French and Canadian of Russian origin. Both sets of grandparents were born in Russia and escaped during the revolution in 1917 making their way to Paris where they settled. Eventually her paternal grandparents immigrated to New York and once again started new lives.

Raised in Canada for about 15 years, with a couple of years in/out of France, most of Anna’s professional life has focused on start-ups in different countries, in Europe. She began working with Disneyland Paris on the ‘Opening Team’ for two years setting up the Guest Relations Department, then onto Moscow where she shaped and managed the Human Resources Department for a Russian bank. After a couple of years in the bank, she remained in Moscow as a headhunter, followed by a move to London where she organised conferences on Capital Markets for investors in Russia and Ukraine. In 2000, she got married and moved to Holland where her three children were born and became a freelance travel writer.

Having moved in 2007 to Budapest, Anna self-published a survival guide for foreigners living in Budapest called the “Blue Plate” inspired by the Diplomatic license plate that cruise through the streets of the capital. It has recently been launched and it is the first intercultural survival guide to living in Budapest. The research was done by interviewing over 20 Ambassadors/Spouses, covering all continents – they are referred to as ‘Tips from Dips.’

They all shared their own addresses, tips, recommendations, humoristic moments and Anna added many of her own personal favourites. “Whether you are a diplomat or not, as foreigners, we are all in the same boat and we are looking for preferably English speaking services and shops. Although I have personally not visited all the addresses, the fact that the diplomat shared his/her experiences, is already one step up from simply surfing the Internet. To discover an Afro hairdresser, Kosher catering, French cheeses, Indian shops, Arabic restaurant makes you appreciate the cultural diversity there is in Budapest.”

1. When did you arrive in Hungary and what brought you here?
We arrived with our family in December 2006 and moved to Budapest as a personal choice. My husband is half Dutch, half Hungarian, we were both around 40 years old with three young children and we thought ‘if we could afford to change our lives at 40, we should do it!’ and Hungary made lots of sense.

3. What surprised you most about Hungary?
Hungarians are not Slavs

4. Friends are in Budapest for a weekend - what must they absolutely see and do?
The Hospital in the Rock, Baths, Hop on/Hop off buses, the House of Terror

5. What is your favourite Hungarian food?
Wild game shot by my husband

7. What is your favourite Hungarian word?
‘Persze!’

8. What do you miss most from home?
Refinement and attention to details

9. What career other than yours would you love to pursue?
A flamenco dancer

10. What's a job you would definitely never want?
A butcher

11. Where did you spend your last vacation?
In the Canadian wilderness without mobile reception and Internet

12. Where do you hope to spend your next holiday?
In Italy

13. What was your favourite band, film, or hobby as a teen?
Supertramp, ABBA, Bee Gees

14. What can't you resist?
Frozen vodka with Russian gypsy music, wine and cheese, chocolate and coffee

15. Red wine or white?
Depends on the season

16. Book or movie?
Books on holidays, movies on weekends

18. Which social issue do you feel most strongly about?
Children and Education

19. Buda or Pest side?
The hills of Buda

20. What would you say is your personal motto?
‘Close ones don’t count’.