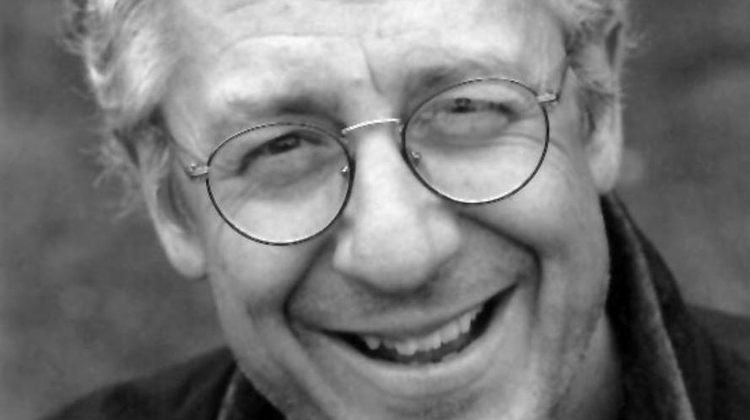 Stephen Spinder is an American professional photographer, artist, dancer, originally from Rochester, NY. He graduated from SUNY Oswego in upstate New York and continued his formal education at Rochester Institute of Technology.

He first visited Hungary in 1991, and fell in love with the people and the culture in Transylvania, and has been photographing there ever since. He has travelled worldwide, exhibited in Europe and America but Budapest has been home for the better part of the last 12 years. His story is even more unique given the fact that he has no Hungarian roots.

By 1996 he had developed stronger ties to Hungary and established a successful market in the international business/diplomatic community which led to a commission by Budapest Office of Tourism for Europe-wide exhibition of the city. His framed photographs were also purchased by the Foreign Ministry and sent to Hungarian Missions Abroad.

"Having lived for 16 years (1995-2009) in this ancient capital city I rediscovered that one must tap one's creative resources within, trust yourself and later find a way to give these gifts back to "your" community. Find this source - attitude - and you will always be young."


1. When did you arrive in Hungary and what brought you here?
1990. I avoided "international" folk dance in USA but I was forced to witness traditional hungarian folk dance/music from Transylvania in Boulder Colorado. Nagy Zoltan Jozsef came from Budapest and created a frenzy there for two weeks, taught me and told me about a place called Transylvania (?) where this ancient village tradition continues today.

2. Have you ever been an expatriate elsewhere?
Nepal, Scotland, Guatemala and Andalusia

3. What surprised you most about Hungary?
At first, in Budapest in 1991, the suspicion, the dark clothes and unsmiling faces. I had a glimpse behind the Iron Curtain. Then, the warmth and generosity of the Transylvanian Hungarian people in small hidden villages; it's what I originally came too see and photograph.

4. Friends are in Budapest for a weekend - what must they absolutely see and do?
Life on both sides of the river, the fresh clean hills of Buda and the ruin pubs and traditional táncház in Pest.......and pálinka from Transylvania! And one time in a line at the Magyar posta!

5. What is your favourite Hungarian food?
Töltött káposzta

6. What is never missing from your refrigerator?
Ice, cold beer, pálinka and Unicum...and some teföl

7.What is your favourite Hungarian word?
Gyönyörű

8. What do you miss most from home?
Watching and listening to the beautiful melodic Hungarian language being spoken

9. What career other than yours would you love to pursue?
Becoming a thespian on stage

10. What's a job you would definitely never want?
Ticket control on public transportation in Budapest

11. Where did you spend your last vacation?
Transylvania...and a little time under the Margaret bridge

12. Where do you hope to spend your next holiday?
Transylvania

13. Apart of temptation what can't you resist?
Transylvania

14. What was your favourite band, film, or hobby as a teen?
Beatles, Wizard of Oz, photographing

16. Book or movie?
Hundred Years of Solitude, Boys of Brazil, Lust For Life, Bridge Over Andau.

18. Which social issue do you feel most strongly about?
Multiculturalism, human rights

20. What would you say is your personal motto?
You can make up something original or choose a famous quote or a song lyric if you’d prefer.

Tap your creative resources within and give these gifts to your community. You will always be young. És magyarúl, "It jo, ott jo de otthon a legjobb"