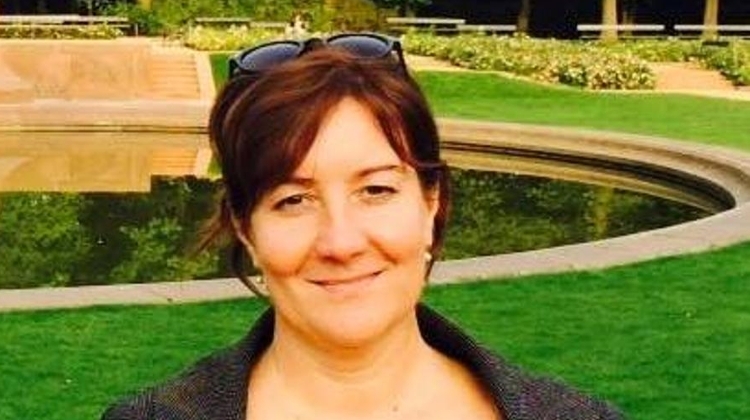 In 1993, I have graduated as a civil engineer from the Budapest University of Technology and Economics.

My professional life in the field of autism has started after receiving the diagnosis for my second child.

First I was working as a volunteer for the Hungarian Autistic Society (www.aosz.hu).

Later I have been elected as the president of the HAS. During my presidency the Society has conducted a National Autism Research, the results of that lead to a National Autism Strategy which was signed and adopted by the Hungarian State in 2008. Together with a child psychiatrist we have developed a training designed for parents with children, who have recently received autism diagnosis.

In 2012 I have been elected as the president of the Autism Europe, the lobby and advocacy organisation that is representing all the European persons with autism – nearly 5 million people – in European bodies, such as the European Parliament or European Committee. (www.autismeurope.org).

I am also a member of the Global Autism Advocacy Leadership Network (ALN). The Network is based in New York, and only invites the 30 most important autism advocacy leaders of the 5 continents.

I have been invited to speak about the rights of Persons with Autism at national and international conferences all over the world, the highlights where at the Geneva headquarter of WHO (in 2013) and at the United Nations headquarter in New York (in 2016).

On 15th March 2014, I have been awarded the Bronze Cross of the Order of Merit of the Republic of Hungary which recognises my role in advocating for the rights of people with autism and raising awareness about autism among policy makers at the European level.

Currently, I live in Hungary and work for the SOS Children’s Villages as a corporate fundraiser.

I speak fluent English and Spanish, and have a strong but passive knowledge in German.

1. Where did you grow up?
In a small beautiful baroque town famous for its wine, on the North East Hungary; called Eger

2. If you could be an expat anywhere in the world, where would you choose?
Andalusia

3. What would you miss most if you moved away from Hungary?
As I lived abroad for a while, so I know exactly that I would miss the most our traditional monthly dinners with my oldest Friend. Every time we go a new restaurant in Budapest and for years we have been trying to identify the best “pálinka”, a type of Hungarian spirit. We have not succeeded yet.

4. Friends are in Budapest for a weekend - what must they absolutely see and do?
One of the coolest and unique experiences is to cross the Danube on the Elisabeth Bridge and then follow the road up to the Citadel to enjoy the view. Then have a Bath in the recently renovated Rudas Bath. On Pest side, The Hero’s Square with the Vajdahunyad Castle is a must, and later on, the Ludwig Museum. Have a tea in the Lotz Room or a coffee in the New York Café. Visit the Central Market and roll down on the Váci Street till the Szerb Ortodox Church. I love the City; have million places in my mind. One weekend is not enough.

5. What is your favourite food?
It varies, but NY cheesecake is an all-time favourite.

6. What is your favourite sport / form of exercise?
Right now Yoga and Swimming, but also practiced and loved Aikido.

7. What is your favourite place in Hungary?
Pécs and the Villány wine region

8. What career other than yours would you love to pursue?
Music teacher (especially piano), I think it’s like giving magical powers to someone

9. What’s a job you would definitely never want?
I can’t visualise myself being a police officer.

10. Where did you spend your last vacation?
Sitges (Spain, Catalonia)

11. Where do you hope to spend your next one?
Zanzibar or Fez (Morocco)

12. What was your favourite band, film, or hobby as a teen?
As a teenage girl I loved Flashdance, though it was pretty much clear that I was never going to be a ballerina.
As hobby: design and sewing new-wave outfits to myself.

13. Apart of temptation what can’t you resist?
Contemporary design jewellery (it’s not about the price, it’s about being unique).

15. Book or movie?
Book if I really have to choose.

16. Morning person or night person?
Night person, in the morning I am useless without a huge cup of latte.

17. Which social issue do you feel most strongly about?
Rights of people with disability. Tolerance.

18. Buda or Pest side?
Pest side, though I am living on the Buda side

19. Which achievement in your life are you most pleased about?
Talking at the UN Headquarter NY about the rights of persons with autism and my kids who both are exceptionally great persons.

20. What would you say is your personal motto?
„The stars stir up ice-cold flames above my head” /Pilinszky/