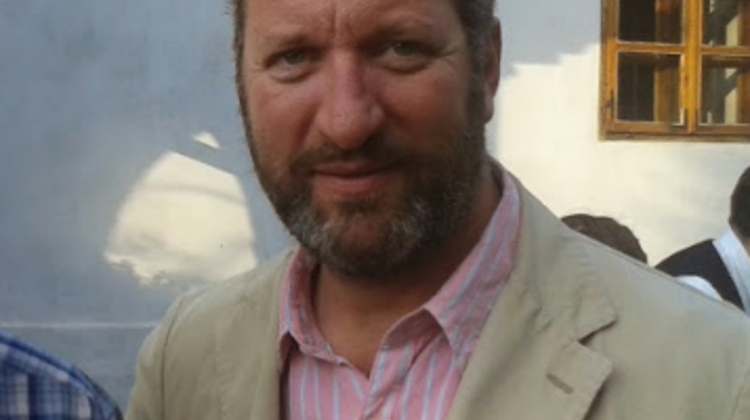 "Born in Paris in 1964, he is descended from Hungarian landowners, and has German origins on his mother's side. He inherited his artistic talent from his grandmother, who was a painter in Leipzig in 1920s.

After school in England, Austria and Germany, he studied Print and Arts at the Albrecht Dürer Schule in Düsseldorf. He continued his studies in Florence in 1989 and graduated at the Universitá degli Studi di Firenze. In 1990 he settled in Hungary and worked for several multinational Advertising Agencies as a Graphic/Print Producer. In 1997 he founded an Event Marketing agency which he is leading with success until today.

Painting and Art always accompanied and defined his life. He is presently guest painter in the ART Factory in Budapest hosted by Marta Kucsora and Sándor Szász. His medium is mainly Portraits and Nudes and works preferably with Oil and Acrylic on Canvas.

Strongly influenced by Paul Gauguin, the Vienna Secession and German Expressionism, his paintings reflect a lush and poised use of colour with an ease application of his brush creating lively and passionate shapes in his works. Father of 4 daughters, fluent in five languages, he plays Piano, listens to Jazz music, he's a real Gourmet who enjoys life."

1. When did you arrive in Hungary and what brought you here?
July 1990. Language studies and job offer for a multinational Advertising Agency.

2. Have you ever been an expatriate elsewhere?
Yes. Paris, London, Vienna, Florence.

3. What surprised you most about Hungary?
The lack of foreign language knowledge locals have. Great hospitality.

4. Friends are in Budapest for a weekend - what must they absolutely see and do?
Turkish baths, Budapest Night life, Horseback riding and nature

5. What is your favourite Hungarian food?
Hideg Libamáj (foie gras),

6. What is never missing from your refrigerator?
Erős Pista (spicy paprika sauce)

7. What is your favourite Hungarian word?
Cipőfüző (shoelace)

8. What do you miss the most from home?
Proper roads

9. What career other than yours would you love to pursue?
Hotel Manager

10. What's a job you would definitely never want?
Chartered Accountant

11. Where did you spend your last vacation?
Istria

12. Where do you hope to spend your next one?
Sicily

13. What was your favourite band, film, or hobby as a teen?
Alvin Lee & Ten Years After, "Ascenseur pour l'échafaud" - Louis Malle, Piano playing

14. Apart of temptation what can't you resist?
Smoking cigarettes

18. Which social issue do you feel most strongly about?
The Abolishment of the Monarchy in Austro-Hungaria

20. What would you say is your personal motto?
Never say never