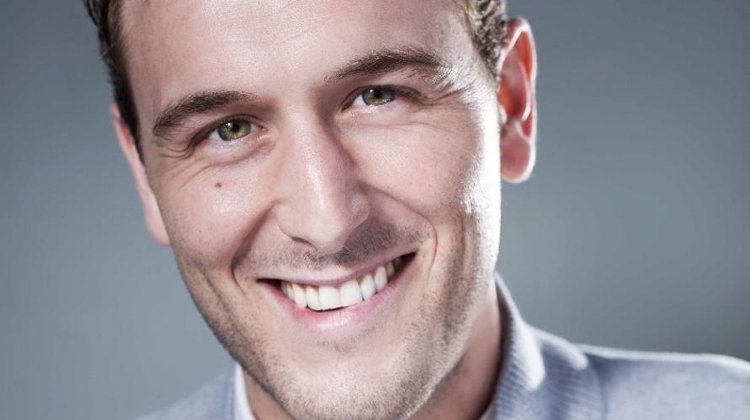 Peter Schueller was born in California and trained in classical vocal performance at the University of Southern California while at the same time branching out into Musical Theater, Theater and Film.

Before relocating to Budapest, Peter was seen in numerous professional productions throughout Southern California. Some of his favorite roles have included Tony in West Side Story, Frederic in the Pirates of Penzance and Bobby Child in Crazy for You (awarded Best Actor in a Musical by stagescenela.com).

Since being in Budapest, he has acted in, directed, music directed, and choreographed numerous showcases and performances. Some tv and film credits include featured roles in Ridley Scott’s The Martian, Ron Howard’s Inferno, X Company, and NBC’s upcoming Emerald City. Classically, Mr. Schueller has been heard as the Tenor soloist in Mozart’s Requiem, Poet/Narrator in Schumann’s Dichterliebe, Tamino in The Magic Flute, Alidoro in Orontea, and as an understudy in SF Opera’s Dead Man Walking, among many other roles. He is a member of the American Guild of Musical Artists and the Mu Phi Epsilon Musical Fraternity.

1. When did you arrive in Hungary and what brought you here?
September 2013. I was living in Los Angeles and decided with my then girlfriend, now wife, that we needed a break from all the traffic and chaos. I went online and applied for an English speaking Musical Theater job and within three weeks was on a plane. :-)

2. Have you ever been an expatriate elsewhere?
Not for an extended period. I have spent a couple months at a time in Austria, Italy, Germany and Great Britain.

3. What surprised you most about Hungary?
How healthy I felt when eating the food! Of course, I mostly cook and go shopping at the local markets.

4. Friends are in Budapest for a weekend - what must they absolutely see and do?
Funny enough, I always take them to see the Labyrinth. I don’t know why, but I just think it’s super interesting.

5. What is your favourite Hungarian food?
Definitely a venison pörkölt with galuska. So tasty and it’s not something that can be found in the US.

6. What is never missing from your refrigerator?
Barbeque sauce. What can I say... I’m glad they finally have it here!

7. What is your favourite Hungarian word?
Szívesen. I like how compound words form an entirely different word with a new meaning, but if you take them apart literally it sounds beautifully poetic. In this case, “you’re welcome” is taken apart to mean “It falls on my heart”. (At least in my own logic)

8. What do you miss the most from home?
My family and friends. Though I would love to see them more, I am very happy here and have to settle with them coming to visit.

9. What career other than yours would you love to pursue?
Carpentry. I love to build things with my hands and see them take shape. Plus, the smell of wood is one of my favorites and I feel like I’m almost meditating whenever I have to focus on precise measurements and making an object fit together.

10. What's a job you would definitely never want?
I hate to say it... but an office job. Filling out spreadsheets and documents that no one will ever read sounds very tedious to me.

11. Where did you spend your last vacation?
Vienna, just for a brief stay with my wife’s and my parents. We don’t have time to get out much, and we still haven’t tired of Budapest so we don’t really feel like we need to get away.

12. Where do you hope to spend your next one?
Maybe Canary Islands or Scotland? Whenever we see beautiful pictures, we always think of visiting for a few days to experience it. So far, there just hasn’t been any time, especially with beginning esō theatricals.

13. What was your favourite band, film, or hobby as a teen?
Band was probably Van Halen or Def Leapard (Yes, I am a classically trained singer :-), film was Goonies or Home Alone and hobby was, you guessed it, carpentry.

15. Red wine or white?
Red, though I do enjoy white sometimes as well. At risk of sounding like a layman, I like the thicker and more robust texture and taste of a red.

16. Book or movie?
Book. I once spent an entire summer reading. No joke, I needed glasses afterwards. Fantasy books are my favorite.

17. Morning person or night person?
Night for sure. Left on my own with no reason to wake up, I will naturally start to stay up till 3am and wake up at noon... Of course, this doesn’t happen too often. I do love a sunrise every once in a while though.

18. Which social issue do you feel most strongly about?
Predatory financial policy. I feel that debt is one of the greatest threats to our future as independent thinkers and creators.

19. Buda side or Pest side?
Both are great! Having recently moved to Buda, I like how it’s a bit calmer, but most of the action and activities take place in
Pest, so I am on that side almost every day anyway.

20. What would you say is your personal motto?
Strength through vulnerability.