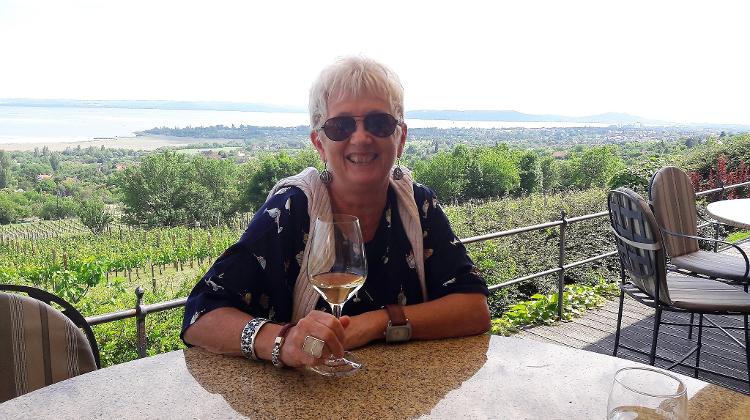 What’s been happening at work and at home since your first Xpat Interview?

After several years of a long-distance relationship, I moved to the island of Crete in 2007 to be with Dimitri. Since I could not yet speak Greek, I had to come up with my own way to make a living so together with a good friend of mine, who was also a lover of Greece and all things Greek, we started a pocket guide to the best restaurants in Crete called- MEET and EAT in CRETE.

This was online as well and then we developed a mobile phone APP 4 years ago. I also have an online villa rental agency, working mostly with the UK, North America and Australia called ELITE in CRETE.

Then... 4 years ago another Hungarian friend of mine and I decided to open a Deli to showcase the amazing Cretan foods and wines available. The market demanded that it be more than just a deli, so quite quickly it became a full-fledged bistro and wine bar. We also offer cooking classes, wine and olive oil tastings. (When you are next in Crete, be sure to drop in- www.bakalikocrete.com).

My partner and her husband continue to run it. Life in Crete was quiet and relatively uneventful. The weather was great almost all year and the nearest beach was 20 minutes away, which were positive considerations, but on the other hand there was not much culture and it is difficult to fit into society as a foreigner.

It is an idyllic place for holiday or retirement, but not so much if you need to earn a living. The 7-year long financial crisis took its toll on many people, including me, and so I decided to stop struggling so much and to come back to the city and to the people that I know and love.

I am now the Editor-in-Chief of Best Of Budapest & Hungary.

2. On a scale of 1 to 10 how happy are you with your life in Hungary, and why?
Glad to be back, but really difficult to answer fully since I have only been back for 2 months... (but if I would have to rate my happiness right now, I would say 7,5)

3. What’s the best party you’ve been to while in Hungary, and why?
All of the “Best of Budapest” Annual Galas...

5. What hidden talents do you have?
Remembering the lyrics to pretty much every song I have ever heard in the last 50 years.

6. What was the most interesting travel trip you have ever taken?
A 2-month road trip across Canada from Toronto to Vancouver, then down the west coast of America until LA, then to Las Vegas and back home through middle America (Utah, Colorado, Nebraska, Iowa).

7. If you were given a wish that could come true, what would you ask for?
The ability to sing and play a musical instrument superbly well.

9. If someone wrote a biography about you, what would the title be?
My Life in Triplicate (3 Countries, 3 Husbands, 3 Restaurants and 3 Cats...)

11. If you could trade places with any other person for a week, real or fictional, with whom would it be?
Meryl Streep.

13. Who do you admire the most, and why?
My Parents. They went to Canada in 1957 with nothing and against all odds, made an amazing life for themselves and for me. They instilled in me the confidence that I could do anything I wanted and they were always there to catch me if and when something didn’t work out after all....

14. What do you like best and least about living in Hungary?
Least- Getting around by car (traffic, street closures, bridge closures, etc.)
Best- The sheer number of amazing things to do culturally and places to eat/drink wine/drink coffee/eat a pastry on any given day

15. What has made the biggest impact on your life so far, and why?
Living on the island of Crete for 10 years. I proved that I could forge a life for myself in a country from ground zero where I did not speak the language and had virtually no connections.

I had 3 companies and they would have been very successful had they not been in Greece during these 7 years of economic crisis.

16. If you won USD 30 million, what would you do with the money?
Help all the stray cats and dogs in the world with funded shelters.

17. If your life had a theme song, what would it be?
As terribly cliché as this sounds, I would say “MY WAY”.

19. In ten years from now what will you be doing?
Sitting in a seaside tavern on a Greek island with a glass of iced ouzo...