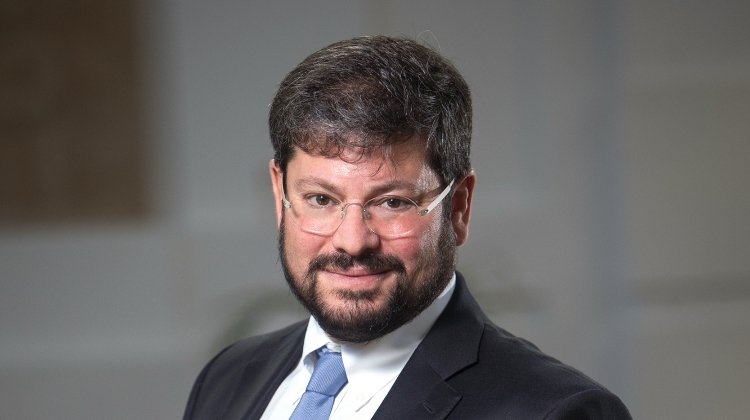 During this time he was tasked with the establishment of WING and management of the company’s integrated real estate development and investment activities.

Noah has built WING into Hungary’s leading local property company, and today he is also the Chairman of RICS (Royal Institution of Chartered Surveyors) in Hungary.

1. When did you arrive in Hungary and what brought you here?
I came for the first time in 1990. I was at Graduate school in Vienna, my roommate was a Hungarian, and I came with him. His father took us out for lunch on our first day. He asked me what I wanted and I said something that’s unique, especially Hungarian, and I got fish soup and an Unicum. After I tasted this herbal, brown liquor and that spicy bowl of oily boney soup I thought, ok, good that I was here once, but this place is not for me. Years later we went out again, and on my own I ordered the same and they said, ’You see, you figured it out in the meantime’.

2. Have you ever been an expatriate elsewhere?
No. I do not know if I’m an expat at all since I have been working here since I was a student, so I never worked anywhere else. I work for a Hungarian company, my wife is Hungarian. I’ve travelled extensively. When I was a student I lived in other countries, but as a professional adult, my entire career has been here in Hungary. The term ‘expat’ may seem to communicate that a company sends me here, and that I am here temporarily, so for those living in a foreign country for a longer time maybe another term might apply…

3. What surprised you most about Hungary?
I think the continuous progression over the last 30 years. Over these years I think that Hungary has been a society true to its roots and its historical legacy, and has also rediscovered itself in an ongoing fashion. It’s a dynamic country, one that’s on an interesting development curve, and it has been exciting to be part of the changes.

4. Friends are in Budapest for a weekend - what must they absolutely see and do?
I send everyone to Nagy Vásárcsarnok (Great Market Hall). Also everybody should go out at night in the 7th district, and they should go to one of the thermal baths. Budapest has unparalleled museums, both the larger better known and some of the smaller ones, so I recommend people follow their taste. As far as restaurants go there are excellent high end gastronomic offerings which I recommend, but no one should leave without having tasted kolbász and lángos.

5. What is your favourite Hungarian food?
I am a big liba töpörtyű (goose cracklings) guy.

6. What is never missing from your refrigerator?
Fresh fruit.

7.What is your favourite Hungarian word?
Maholnap (literally: Today-tomorrow) recently entered my lexicon.

8. What do you miss most from home?
I like going to baseball games, and so miss that, and I like the expansiveness of America, in every way, physically, interpersonally.

9. What career other than yours would you love to pursue?
I studied international politics, and always thought diplomacy or international politics is what I would do. I think in the future I still would like to be able to do something that provides an even greater opportunity to contribute to society. Not that I don’t now, it is a piece of my job now, to communicate, motivate, and inspire.

10. What's a job you would definitely never want?
When I was a student I worked in a warehouse in a factory, and I think I would avoid anything that is particularly monotonous.

11. Where did you spend your last vacation?
In the US, in Boston, and New York, with my parents over the Christmas holiday.

12. Where do you hope to spend your next holiday?
Next will be on the ski slopes, but after that somewhere warm and sunny. I love to travel, and love to travel with my family, and we are lucky to be able to do that often, and our kids have travelled with us since they were small. We like to go somewhere which gives something else, something new, a change, with different smells, tastes, places, ideas. I find that very refreshing.

13. Apart of temptation what can't you resist?
I have the tendency, in all aspects of my life, to want to do a bit too much. Working, playing…

14. What was your favourite band, film, or hobby as a teen?
Band: I am very eclectic; I like a lot of music. My very first album was by Billy Joel.

Film: I am fond of saying that if you don’t have time to do an MBA, there are three films that can tell you a lot of what you need to know about business: Training Day, Jerry Maguire, Oceans 11.

Hobby: I always enjoyed sports. I was a rower in college and high school. And I row now here at Csepel in the Masters 8. I enjoy the team spirit, the sport, and I enjoy being outdoors, in the elements, in another environment.

18. Which social issue do you feel most strongly about?
I am a big believer in the fact that people should be able to make their own personal choices right across this spectrum, whatever the social issues might be.

20. What would you say is your personal motto?
I don’t know if I have a motto per se, but in my High school yearbook I wrote a quote which remains as good as any other I have come across. It basically says that a human should be able to cook a good dinner, write a poem, repair a car, build a company, care for children, cooperate, act alone, laugh at a joke, laugh at himself, program a computer, love heartily, and die gallantly. It concludes that specialization is for insects. I chose it almost 40 years ago and I still find it an excellent outlook on life.