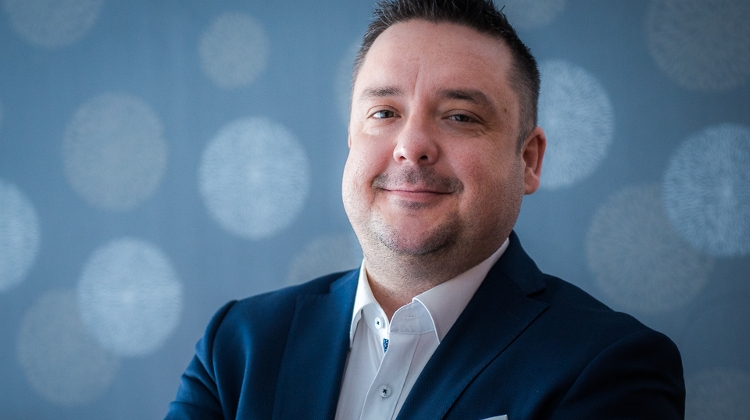 With Serbia in Hungarian, Denes’s goal is to bring Serbia and its wonders closer to its neighbours in Hungary.

Denes has worked in tourism for more than 15 years. He has lived in seven countries on four continents. One of his goals in life is to visit 100 countries. So far, he is halfway to reaching his target.

Denes is Hungarian, but was born in Yugoslavia, in what is today Serbia. He loves both countries equally, which led to his idea to connect them and offer these close neighbours the possibility of seeing the best of both their countries.

Ultimately, though, he would like to see people from many other places visiting his home country, so they can discover the hidden treasures of this new and exciting travel destination.

Denes speaks Hungarian, Serbian and English. So, if you are ready for new experiences and adventures, he is more than ready to guide you in Serbia.


1. When did you arrive in Hungary and what brought you here?
It was a hot summer’s day (31st August 1997). I was a student on a government scholarship and was travelling around by public transport. I wanted to conquer the world. :)

2. Have you ever been an expatriate elsewhere?
So far I’ve lived and worked for longer than six months in five other countries (apart from Hungary and Serbia): the United States, Jordan, Tunisia, Turkey and the United Arab Emirates.

3. What surprised you most about Hungary?
Well, it was strange that, even though everyone was speaking my mother tongue, I still experienced some cultural differences.

4. Friends are in Budapest for a weekend – what must they absolutely see and do?
I would invite them in the morning to breakfast at a rooftop bar. Then we’d take the City Sightseeing Hop-On Hop-Off bus tour. Afterwards, we’d have lunch at my favourite traditional Hungarian restaurant in Óbuda, before relaxing at a thermal bath. In the evening, we would go on a pub crawl! We would repeat this each day (the pub crawl, for sure).

5. What is your favourite Hungarian food?
Anything that contains meat!

6. What is never missing from your refrigerator?
In the summertime, it is a Hungarian rosé wine. It used to be Túró Rudi throughout the year, but not anymore... :(

7. What is your favourite Hungarian word?
Édesanya, which means 'mother'.

8. What do you miss the most from home?
My friends.

9. What career other than yours would you love to pursue?
I think I would love to have been the Man Behind the Iron Curtain!

11. Where did you spend your last vacation?
We had a great time in Iceland during the Pentecostal holidays.

12. Where do you hope to spend your next one?
At a thermal bath place in Serbia called Vrnjacka Banja. It will be a holiday and a bit of research on local tourism offerings in the field.

13. What was your favourite band, film, or hobby as a teen?
The Beatles, Pulp Fiction, collecting (stickers, beer cans, badges ... everything).

14. Apart from temptation, what can’t you resist?
Travelling.

16. Book or movie?
Nowadays, I have become addicted to watching TV series, but normally I would choose a book.

17. Morning person or night person?
Both since I’ve taken care of my sleep apnea issue.

18. Which social issue do you feel most strongly about?
Poverty.

19. Buda side or Pest side?
Definitely Buda. Whenever anyone asks me if I live in Budapest, I correct them: I live in BUDA! :)

20. What would you say is your personal motto?
"Have Faith, Give Love and Be Grateful!"

Proofread by Robyn Flemming
Robyn is an Australian freelance editor and proofreader, with clients in Australia, Asia and the Middle East.