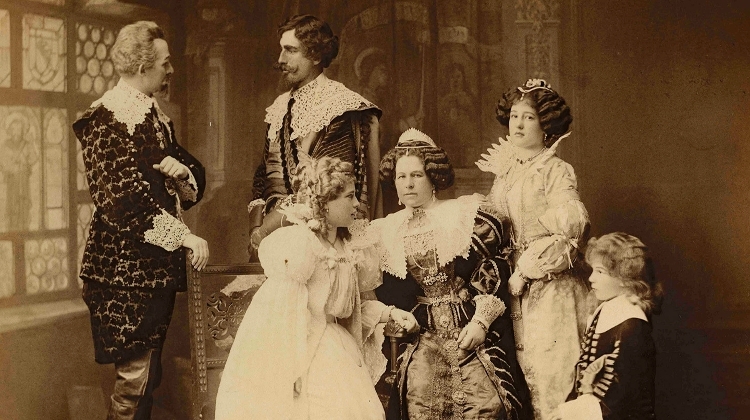 The Portrait Collection of the Historical Photo Department of the Hungarian National Museum stores pictures of characters from political, economical and cultural life. This means more than 40,000 photographs depicting more than 15,000 persons.

These pictures are works of professional, amateur or private photographers. They were taken at studios or at events.

In the second half of the 19th century, members of the nobility and did not wear costumes only at Carnival festivities. They did so at other times as well. Historical figures, characters from famous plays, imaginary figures, and figures of famous paintings used to come to life beside traditional Carnival masks.

They showed up at presentations of historical tableaux vivants, private gatherings, or children’s parties. Sometimes, these fashionable masquerade festivities had political meaning, or they served charitable means, or were simply events for amusement.

We collected a sample of the photographs of the Historical Photo Department, showing known characters wearing costumes, with an outlook on the 20th century as well.
Place: Hungarian National Museum
Address: 1088 Budapest, Múzeum krt. 14-16.
Phone: +36 1 327 7780.