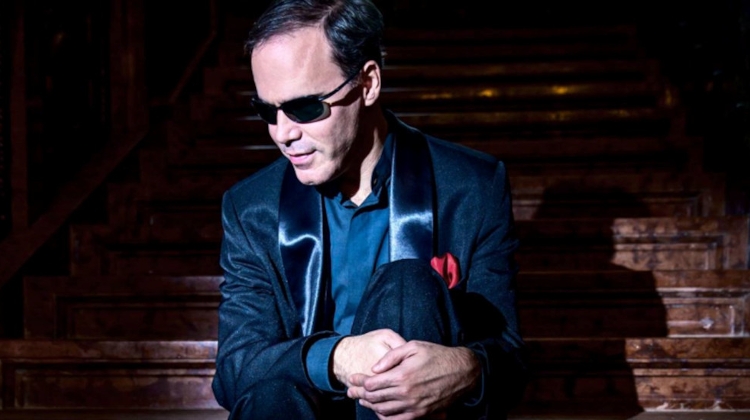 Pianist Tamás Érdi lost his eyesight as a result of an oxygen overdose in a defective incubator. His interest in music was discovered at a very young age. His teachers use a unique method called “the structural method” to teach Tamás play the piano, whereby he virtually “recomposes” the music he is introduced to.

At 15, he plays a Mozart piano concerto at the prestigious Budapest Spring Festival with leading conductor Tamás Vásáry. At 17, he wins the Louis Braille International Piano Competition in Moscow and gets admission to the Music Academy in Vienna. At 18 they win the Gina Bachauer Piano Competition with a five-piano arrangement in Salt Lake City.

In 2012 he is closing act of the Liszt Bicentennial events in Romania with the Enescu Symphonic Orchestra. He performs at Carnegie Hall, Lincoln Center, plays in Siberia, Russia, Kuwait, Lebanon, US, Canada and several European cities, most recently in London at the Barbican Centre and works with all symphonic orchestras in Hungary.

He plays for 4,000 people under the famous Chopin statue in Warsaw, Poland several times.

In 2008 Tamás receives the Junior Prima Prize Awarded to talented individuals under 30 and wins Prima Primissima in 2010, which is the most prestigious professional recognition for Hungarian individuals by the private sector. In 2012 he receives the “Order of Merit of the Hungarian Republic, Knight’s Cross” state decoration.