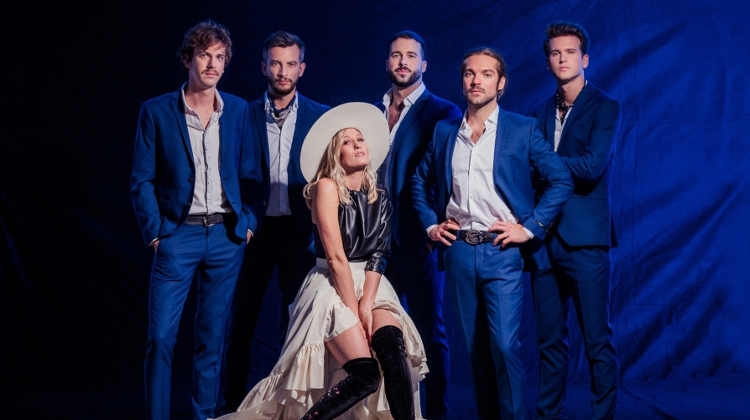 The members of Blahalouisiana were dreaming big with a special concert to bring their second album, which was released in the autumn of 2017, to their audience.

On this occasion, singer Barbara Schoblocher's instantly recognisable voice and the unique Blahalouisiana sound were complemented by classical instruments and a Hammond organ, as scored by composer Ádám Balázs. It is the atmosphere of the '70s that the band was conjuring up on the Müpa Budapest stage.

All at once, you can travel in time, land on the Moon and take a pleasure flight on the wings of music.
Ádám Balázs is the composer of the scores for such films as Butterfly Effect 3, Testről és Lélekről ('On Body and Soul”) and Mindenki ('Sing”).

A close personal friend of some of Blahalouisiana's members, he has been following the band's career for some time. For this special occasion, he has put together an orchestra with a string quartet, wind instruments and a Hammond organ in the style of the James Bond movies of the '70s.

While the band was playing popular songs from their first EP from 2013 (Tales of Blahalouisiana) and their début full-length album (Blahalouisiana) from 2017 at Müpa Budapest in versions never before heard, the core of the show was material from their second album, released in the autumn of 2018.

As usual, the ten songs on the record includes songs in both Hungarian and English.
Place: Palace Of Arts
Address: 1095 Budapest, Komor Marcell utca 1.