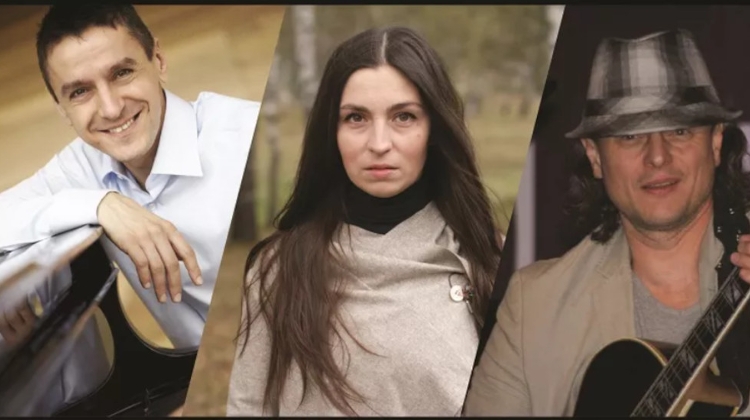 Romanian songstress Luiza Zan is one of the most interesting and original jazz singers not just in this Central-East European region but in the whole of Europe.

She sings an intriguing and highly individual mixture of jazz, rhythm’n’blues, funk and bossa nova. In 2004 she came second at the Montreux International Jazz Festival’s Jazz Voice competition.

She made her rip-roaring British debut at London’s legendary 606 Club and hasn’t looked back since. Every year she absolutely brings the house down here at the BJC.

Two of Hungary’s top jazz artists, guitar player István Gyárfás and pianist Péter Sárik have been playing with Luiza for years now at various international festivals and have established such fantastic musical rapport with her that they just had to record the album „Heritage”.

This superb team will be augmented by bass guitarist Tibor Fonay and Attila Gálfi on the drums, both of them members of Péter’s trio.
Place: Budapest Jazz Club
Address: 1136 Budapest, Hollán Ernő u. 7.