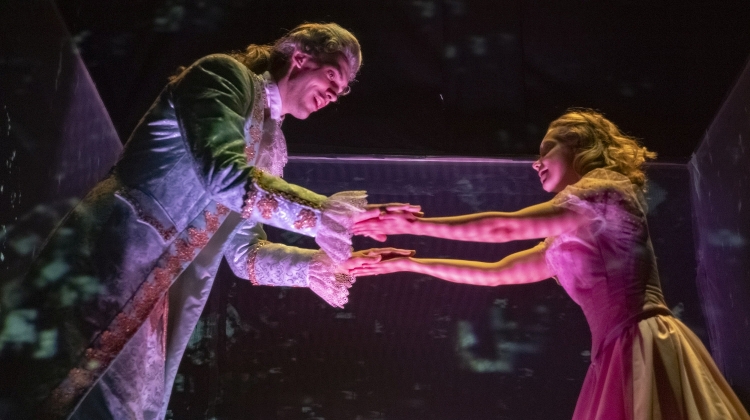 The play takes place in the near future, when the effects of globalization have completely transformed the world. Nature is almost completely extinct, plants are a luxury item, everything is covered in the greyness of cities. The arena of society is the online world called Nether.

This is where young people study, come here to have fun and often work. In this dark utopia, it is becoming more and more common to become a ‘shadow’, to leave the physical body, to move completely to the Nether, where everyone can choose the look they want and the human beings behind the avatars are invisible.

The arguments and counter-arguments made during the interrogations raise very sensitive questions in modern society: how real is the online, virtual space where we all spend more and more time? Are the relationships established and maintained them real? Is it a crime committed in this world without consequences?

Jennifer Haley is an American playwright, pursuing a career in theatre, film and television. Her play, The Nether, received its world premiere at the Kirk Douglas Theatre in California in 2013.

Subsequent productions have been mounted at the Royal Court Theatre in 2013, MCC Theater in 2014 and in the West End at the Duke of York's Theatre in 2015. It won the 2012 Susan Smith Blackburn Prize, and was nominated for Best New Play at the 2015 Laurence Olivier Awards.
Place: Trafó Budapest
Address: 1094 Budapest, Liliom utca 41.