Escape From Budapest To Helsinki 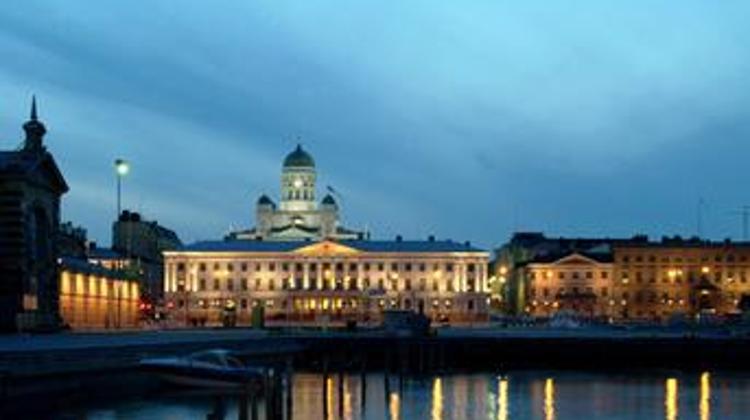 The largest city in Finland is home to nearly 600,000 people, a fair few less than in other more sprawling capitals, and Budapest come to that. The compact size of Helsinki means everything is within easy reach, described as a ‘pocket-sized metropolis’ its ideal for a weekend visit. There is much to explore, and actually one million people live in the Helsinki metropolitan area which includes Helsinki and three other cities.

Helsinki is unique among Northern European hubs. Its identity has been formed by cultural influences from both the East and West. The lifestyle in the second-most northern capital city in the world is full of contrasts, while one common factor is its friendly and open people.

The archipelago that surrounds Helsinki, with hundreds of tiny islands, creates an picturesque environment for visitors to take boat trips. Situated on the Baltic Sea, around 400 kilometers east of Stockholm, the Finnish capital enjoys a good connection with Sweden. So much so that both Finnish and Swedish are the official languages of the municipality of Helsinki, English is widely understood too.

The Swedish name Helsingfors is original name of the city of Helsinki. today Helsinki - pronounced with the stress on the first syllable - is used to refer to the city in all languages except Swedish and Norwegian. The first syllable emphasis is a common link with the Hungarian language, there are several other similar traits between the languages, and many experts the two come from the same language routes.

Over 450 years of history, several architectural layers and the impact of different periods can be clearly seen in Helsinki. The cathedral is probably the most prominent building, and symbol of the city. The cityscape also features several buildings by the world-renowned Finnish architect Alvar Aalto (1898–1976), attributed as one of the pioneers in functionalism. Many of Aalto's works are either loved or hated. His buildings, such as the headquarters of the paper company Enso and the concert and congress house Finlandia Hall, have sparked much debate amongst Helsinki's inhabitants.

Finland does not use official hotel ratings, so in Helsinki it’s wise to choose accommodation offered by a hotel chain you’re familiar with. Starwood operates what’s widely regarded as the very best hotel in the city, a superior example of genuine elegance amid neo-classical architecture. A blend of Western and Eastern European culture combines with world-class service at Hotel Kämp. 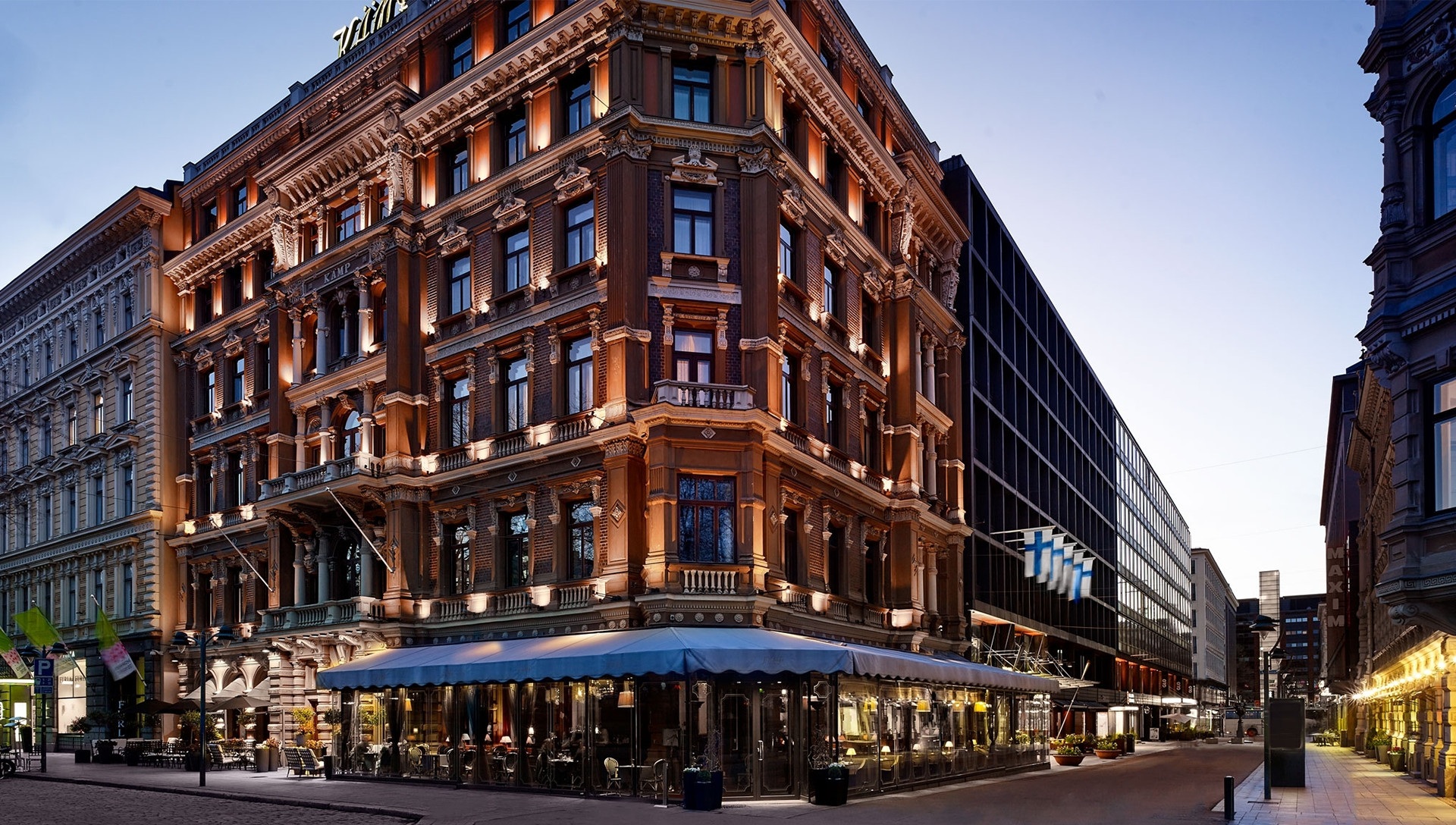 Since November 1887, this hotel has been an integral part of Finnish history, politics, art, and business life. Apparently many historically important decisions were made inside the hotel’s walls, certainly it was named one of the "Top 100 Hotels Worldwide" by Travel + Leisure in 2006.

It’s interesting to note that its guest rooms have welcomed royalty, presidents, and world famous artists. What’s also for sure it that it’s only a short walk away from the harbor, designer shops, and the Esplanade Park. Next door to the Kämp Galleria, the Market Place, and all Helsinki's major cultural sights, Hotel Kämp is the ideal hotel to experience Helsinki in style.

The Capital of Finland offers lots to see, do and experience for visitors of all ages. Here are just a few varied examples of the most popular attractions: Senate Square, Temppeliaukio Church, Sea Life Helsinki, Suomenlinna Sea Fortress, Linnanmäki Amusement Park, Museum of Contemporary Art Kiasma Pick up a local listings guide, available for free in quality hotels, for details of what’s on when you’re there.

Helsinki’s rhythm is laid back yet at the same time refreshingly active in terms of both the number and quality of bars, clubs and restaurants. The trendiest hangouts for media and cultural people are in the Kamppi and Punavuori districts. Large friendly establishments for all types can be found in the city centre near the Central Railway Station.

Helsinki cannot compete with bigger cities in terms of the amount of nightlife, but it makes up for that with the quality and unique nature of what is offered. The Spårakoff pub tram is one of a kind – an historic tram that has been converted into a pub. Operating along the main tram routes in Helsinki past the city’s most famous sights, the ride takes around 40 minutes to complete a loop.

Finnish cuisine is based on fresh and natural ingredients according to the season. For example in March and April the following two are popular: lamb followed by mämmi (Finnish Easter pudding). Generally, in addition to vegetables, berries and fish, Finnish food is typified by simplicity and purity of taste. Helsinki’s own cuisine also features influences from both the East and the West.Getting around is easy, taxis are widely available and can safely be hailed from the street - available whenever the yellow light is on. ‘Tourist tickets’ are available for unlimited use on public transportation for either 1, 3 or 5 days. They can be purchased from ticket machines, from the Tourist Information or from the Helsinki City Transport service point in the Central Railway Station.

Cycling is a great way to see the sights and surrounding nature. Helsinki offers around 750 kilometers of well-maintained bike paths. Helsinki City Transport also offers free ‘city bikes’ during the summer months. The bikes have no gears, and the lock opens with a two-euro deposit. City bike racks are located throughout the city, for example by the Market Square and at the Central Railway Station. 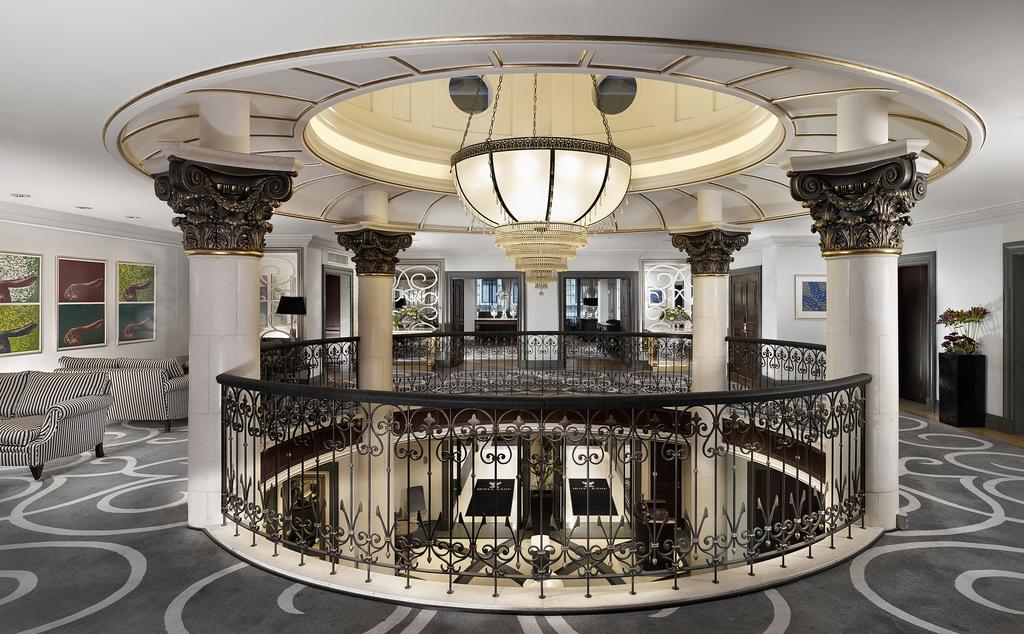 A blend of Western and Eastern European culture combines to make Helsinki an ideal city for a weekend break, with most tourist attractions situated within easy walking distance of the centre. That said, it has excellent public transportation – which has been ranked the best in Europe.

Its always a good time to visit, as throughout the year Helsinki hosts over 3000 events, the city’s unique lifestyle and urban subcultures are a vital part of contemporary life in the Finnish capital.

Famous not only for its design and high technology prowess, Helsinki is a modern European city of culture. Its 21st century lifestyle, music and fashion offerings have also put Finland’s capital on the world map. It must be said that although its lifestyle (including shopping) isn’t cheap, it is most refreshing and rewarding for a weekend away from Hungary.