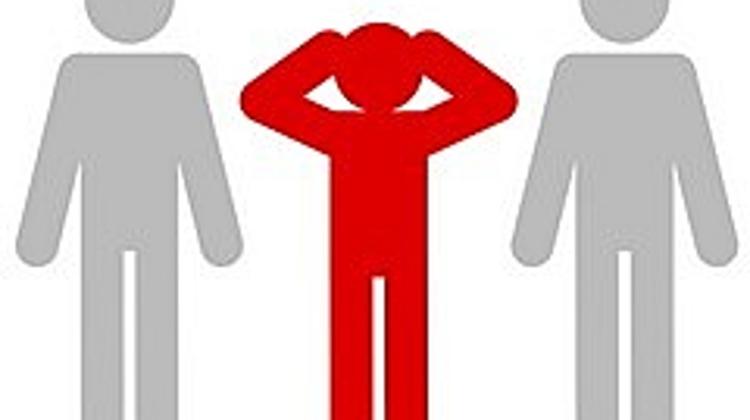 "Hungary’s Socialist Party (MSZP) almost got an 'F’ on its election programme. The "teacher" in this case was a group of Hungarian economists who have recently launched an independent civilian initiative to see what the sometimes cloudy, boisterous, humbug or downright ridiculous promises of local political parties would actually do to the economy if they were fulfilled.

The first analysis of 'Mit ígérnek?" ("What They Promise") covered the programmes of far-right Jobbik and centre-right Hungarian Democratic Forum (MDF). On a 1 to 5 scale they scored 2.5 and 3.0, respectively, but the Socialists fared even worse, their programme deserved no more than two points on average from the economists. This would correspond to a 'D’ if we used letter grades.

As we have reported earlier, mitigernek.hu evaluates the programme of the parties in the election campaign without bias, focusing specifically on how targeted and well-grounded these are and whether the parties could be made accountable for the promises they make.

The economists analyse the programme of parties that reached 5% or more at the European Parliamentary Elections, namely centre-right Fidesz, Socialist MSZP, far-right Jobbik and centre-right MDF), and judge whether they focus on the most crucial issues (see below) and publish the results in a clear way when the programmes are made public or enough details are available.

Mitigernek.hu has already put the spotlight on Jobbik and MDF so it was MSZP’s turn.

The evaluation is politically unbiased, it does not say whether the specific programmes are good or not. In this sense, this assessment can provide no guidance to left-wing, conservative, liberal, centre-right or far-right voters as to which party they should cast their ballot on in April.

The project was conceived by 12 economists who analyse the programmes in their spare time. Below you find a summary of their findings about MSZP’s plans. Portfolio.hu is a media sponsor of the project and so the analysis has been published here first. (A detailed analysis is available at mitigernek.hu, but only in Hungarian.)

A 1 to 5 scale was found to be the simplest way to evaluate the programmes. MDF averaged 3, while Jobbik’s index total was 2.5. The Socialist Party has put on an even lousier show, scoring no more than 2 points. (It is only by chance that the final scores are such round figures, as the scale is accurate to the first decimal place.)

As you can see on the chart below the parties scored especially low with regard to the soundness of their programmes. MSZP is way behind the other two in another category, as well, as the economists have found its programme being poorly targeted.

The founders of 'Mit ígérnek?’ claim the Socialists have undertaken numbingly general goals in most areas, with little glimpse allowed as to what results the proposed measures would bring.

A lot of times the party put its goal into words so that it does not sound like an objective rather than a wish, with no elaboration about the means to reach this "dream".

The economists were apparently not overly impressed to see MSZP making promises on factors it has no power to influence, e.g. the rate of wage growth in the national economy. They also criticised the programme for not being transparent enough about certain objectives and promises as to what is new in these compared to what was achieved in the given areas over the past six months.

Just a few examples for the aforementioned: "[...] we will make child welfare services more accessible and sustainable" or "Despite the economic crisis no one can be left without healthcare."

Why is the MSZP programme so bloodless?

The economists of mitigernek.hu were unable to identify specific goals or proposed measures by the Socialist Party that would have reached the minimum evaluation standards in three key areas, 'Corruption and party financing’, 'Stability and transparency of fiscal policy’ and 'Business-friendly / performance-enhancing tax regime’.

The MSZP’s election programme also fails to offer a quantified assessment of the implications of the planned measures. Moreover, it refers to no background studies or international examples. With regard to the specific sub-areas, it has set no specific objectives or measures (only marginal proposals) in the area of public education and the education of low-skilled people. The chapters on innovation, rural development and social policy also lack specifics.

One of the positive features of the programme, the economists found, is that it refrains from making nonsensical, exaggerated and irresponsible promises. In this regard the programme may be positioned in between that of the MDF and Jobbik. MDF did not make huge promises, while the sum of the far-right party’s pledges show quite a heap of (expensive) pledges.

Although MSZP targets a "foreseeable fiscal path", it fails to detail what funds it intends to use for several minor or major measures. It simply assumes that the funds created by economic growth, improved efficiency and EU money will be sufficient. The Socialists gave no explanation whatsoever why they pencilled in HUF 2,000 billion as the "costs" of the programme. However, it is hard to formulate a definite view on this item, as the promises stand on shaky ground - the goals are not clearly specified and the timing of the steps is not determined, either.

Consequently, we cannot put a finger on the budget impact of the planned measures, either on a general or on an individual level.

The soundness of the programme is further weakened by a faulty starting point. While the economists participating in the 'Mit ígérnek?’ initiative have identified a number of structural problems in the Hungarian economy, the Socialists act like the sole source of the all our predicaments and grievances is the global economic crisis.

When the MSZP makes a balance of its past eight years in power, it does that with a tendency to cherry-pick, focusing mostly on the measures taken over the past one year.

The common mistake in the programmes of MDF, Jobbik and MSZP is not only that they all fail to outline the expected budget impacts of their planned measures, but also that their vague promises and no timing plans for their actions greatly diminish chances that they could be held accountable four years from now for what they are pledging to accomplish.