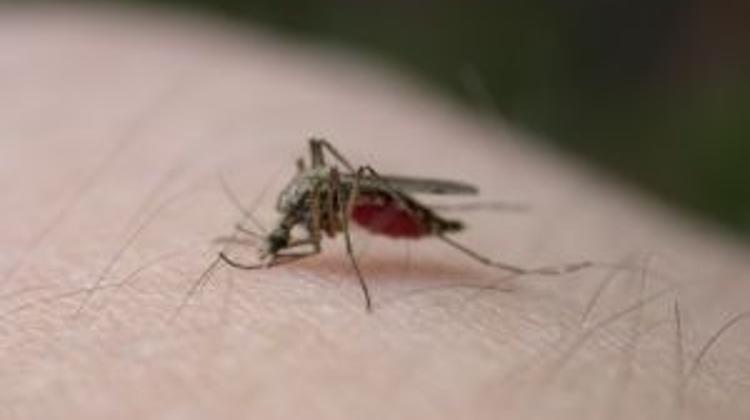 Insects account for over half of all known living organisms and around 90% of the differing life forms on Earth. No wonder that human contact with insects is unavoidable including in Europe. This article focuses on risks of insect bites and stings in Hungary and neighboring countries. Exposure to biting or stinging insects (or to their remains) ranges from benign or barely noticeable to life threatening reactions.

Bites are usually from mouth parts and occur when an insect is agitated to defend itself or when an insect seeks to feed. Bites from mosquitoes, fleas, bed bugs, and mites are more likely to cause itching than pain.

Some insects have a stinging apparatus. This is usually a sharp organ of offense or defense which may be connected to a venom gland. It is specially adapted to pierce or puncture. Stingers are typically located at the rear of the animal. Animals with a stinger include bees, wasps, hornets, and scorpions. Most stinging insects are of the order Hymenoptera, which includes ants, bees, and wasps. Hymenoptera stings result in more fatalities than stings or bites from any other arthropod. Some insects such as wasps can bite and sting at the same time!

Anaphylactic shock is the most dangerous immediate risk associated with insect exposures. There is hypersensitivity to otherwise harmless insect saliva, venom, body parts, excretions, or secretions which causes a rapid, severe reaction in some individuals. Severe anaphylaxis characterized by urticaria (hives) and/or hypotension (low blood pressure) and wheezing or bronchospasm can be fatal in as little as 10 minutes.
Anyone who has had an anaphylactic reaction should be very careful to avoid future exposure to the causative agent. In addition, those affected should carry an adrenaline/epinephrine autoinjector (Eg. Epipen) for immediate use in the event of another exposure.

Lyme disease is due to infection with a spirochete Borrelia burgdorferi carried by infected ticks. It has been recognized in Europe since the beginning of the 20th century.

Fortunately most tick exposures don’t lead to Lyme disease. Not every tick is infected; a tick must be attached to a person for several hours before latching on/biting. It then takes some more hours or even days for the tick to feed and thus to transmit infection.

In classical Lyme disease, the first event is the tick bite. The Ixodes tick is small – As many as 2/3 of patients do not remember being bitten! The next stage is Erythema migrans.

This is a classical spreading red rash at or near the bite site that enlarges over several days. It may itch or burn but often causes no symptoms. Untreated, the rash may persist for 2-3 weeks. Sometimes there will be malaise and fatigue or flu-like symptoms. Later there may be intermittent joint pains especially of the knee, ankle and wrist usually starting within 6 months of the erythema migrans lesion. Other later symptoms may include problems with the nerves around the face leading to muscle weakness, cardiac problems and meningitis. Late stage Lyme disease can cause serious chronic problems.

The good news is that the Lyme disease is treatable with antibiotics. But the later the treatment is started, the more difficult to get complete resolution of symptoms.

The other disease spread by ticks is Tick Borne Encephalitis or TBE. This causes a serious infection of the brain that can be fatal. Fortunately TBE is rare compared to Lyme disease. Also there is a very effective vaccine available in Europe giving high protection against TBE. A high level of protection is reached after 2 doses. Three doses of vaccine are needed for long term protection plus a booster every 3 years.

Make sure you get the TBE vaccine this spring to protect yourself and your family. When you are out in the forest, be wary of ticks. Remove any attached ticks carefully and promptly without crushing as this can squeeze infected saliva into a bite. Special tick removing forceps are available or alternatively make a loop with cotton just below the tick’s body, next to your skin, carefully tighten and lift off. If you have any problems removing a tick, see your doctor promptly.

Removal of ticks within 36 hours can reduce infection transmission rates to close to zero. Wearing protective clothing (hat, long-sleeved shirts and long trousers tucked into socks or boots) can help. Also light-colored clothing makes the tick more easily visible before it attaches itself. If you have any outdoor pets, take extra care before handling and allowing outdoor pets inside homes because they can bring unwanted guests into the house.

If you have any concerns about possible Lyme disease or other insect problems, see your doctor for advice.