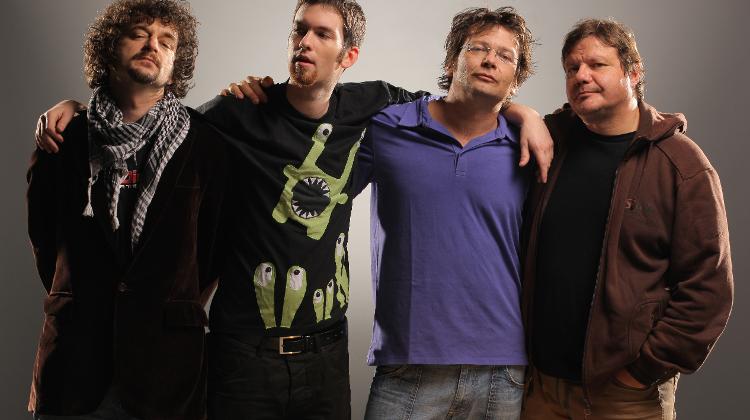 "This year's World Music Stage at Sziget is seeing the greatest international artists and most interesting aspiring stars of the world music genre. Between 11th and 16th August, this venue is about to give a taste of the best of Eastern-European world music artists, and of course Hungarian specialities of the genre cannot be missed either.

On 9 August, day minus one of the Sziget festival, the most influential Hungarian alternative rock band Kispál és a Borz will say goodbye to its fans with a unique mega-concert featuring the biggest hits of the last 23 years, the favourite Kispál songs of the band and a bunch of guest stars. Goodbye Kispál!

If you happen to cross the Northern corner of Sziget throughout the festival, you always find something interesting there. That's what is bound to happen this year, too, as the profoundly selected artist-list of the World Music Stage is going to offer the greatest names of the genre. Among many others, highlight of the event will see Orquesta Buena Vista Social Club®, accompanied by Omara Portuondo – names that do not have to be introduced to local visitors of the festival.

Oi-Va-Voi has celebrated their ten-year anniversary with standing ovation last year at Sziget, so the success must be repeated this year, too. They did not yet have an album out when they had already been invited to high-ranking festivals like Glastonbury and Meltdown: their debut album, entitled Laughter Through Tears, has climbed to the top of European world music radio charts in 2003. With their 2009-album Travelling The Face Of The Globe, the band has produced its best album so far. Immaculate ethno-pop, with bright hits, full of variety and sensitivity. There is nothing to do, we want them back.

Tony Allen from Nigeria has made an entry in the history-book of world music as the drummer of Fela Kuti. This in fact means nothing less than being one of the creators of afro-beat merged with funk, jazz and Nigerian melodies and rhythms. Better to tell you in time: you must expect heavily funky, irresistible African dance-tunes.

In 1992, when Los de Abajo was formed by eighteen-twenty year-old university students, they used to play at underground venues and political events. They made their major breakthrough when they grabbed the attention of David Byrne, and he has published their debut album entitled Los de Abajo within the compass of his record label Luaka Pop in 1998. They have created and played ever since an irresistibly capturing sound by merging ranchera music, rumba, salsa, punk, hip hop and latin ska.

Rooted in Bucovina and born in Frankfurt, Stefan Hantel, has turned into a slave to electronic club music throughout his studies in Paris as an industrial artist student. The major breakthrough took place when Shantel's 2005-album Bucovina Club came out, which merged Eastern-European and Balcanic brassy dance music and Arabian dance sounds. The following album, Disco Partizani has already featured worldwide-known musicians (among others, Taraf de Haidouks, from the band of Bratsch and Roy Paci), and by the time Planet Paprika had been published in 2009, Shantal had not only become one of the most frequently-played artists of world music-related radio programs, but together with Bucovina Club Orkestar, he had also been a guest of the most famous festivals from Montreux Jazz Festival to Glastonbury. The annual program of World Music Stage is going to be closed with the pure carnival-atmosphere of his irresistible dance-music.

Beside the world stars of Sziget's World Music Stage, there are the "pretenders", namely the new stars of the international scene. Among them, for example, Rupa and the April Fishes. Rupa Marya was born in San Francisco as the child of Indian parents, and she grew up switching homes between California, India and France. Hindi, English, Spanish and French are all languages that play an important role in her songs, but she definitely has at least the same amount of musical influences: a great amount of French chansons, with a touch of Balcan, India and Mexico. The band has made its debut with its first album entitled Extraordinary Rendition, and in the following year they have already doubled the stake: Este Mundo published in 2009 has definitely been one of the best world music albums of the year.

Amparo Sanchez was sixteen years old when she appeared in Granada-based band Correcaminos, in 1986. The singer interested in jazz, soul, blues as well as rock decided to form her first own band Amparo and the Ganget as soon as possible. In the mid-nineties, she has enriched her universe with Latin and Carribean influences. In 2008, it was time Amparo hit a more personal tone. Her album entitled Tucson-Habana featured artists like the American band Calexico. Since then, they have recorded a number of tracks together, both for the albums for Calexico and Amparo.

Within the multi-ethnic Raval quarter of Barcelona, the name 08001 belongs to a studio that welcomes young experimental artists with open arms. That was what had given ground to the forming of a promising collective featuring Arabian, Spanish and British musicians, playing electronic-based club-music. You may hear a touch of flamenco, but their sound is mainly built on North-African rai and gnawa music, nevertheless always trying to avoid clichés, singing in English, Spanish and Arabian, using traditional instruments as well as laptops. They already proved last year how smashing their tunes are. Now we cannot wait to see them once more...

Dirtmusic band has been created due the obsession with urban folk-blues, by (Walkabouts-boss) Chris Eckman moving from Seattle to Ljlubljana, former Bad Seeds-member Hugo Race and Chris Brokaw (known from Come). After their first record Dirtmusic came out in 2007, they bumped into the tuareg blues band Tamikrest at Mali Desert Festival, and they have created their 2010-album entitled B.K.O. together with them.

Perhaps one of the most stunning voices of the past few years' Big Belgian Bang belongs to Jaune Toujours. The band led by vocalist-accordionist Piet Maris could list important influences like Lés Negresses Vertes and Mano Negra, but they have also relied on bands like The Ramones or The Clash, and this probably gives an idea what to expect upon their debut in Hungary. It indeed is a unique fusion of chanson and rock that is open to Latin melodies, ska and gypsy music, and of course reaches out to Balcanian brassy music, too. And the main thing is that they always make their own, special sound that captures you within a second, without any aftertaste.

World Music Stage in 2010 is offering a rather wide view when it comes to the Eastern-European world music scene. The event is going to be opened by Cankisou from the Czech Republic, which - since its formation in 1999 - has turned into one of the main bands of the Czech world music scene. Singer Karel Herman's explosive performance, wild rhythms, breathtaking energy, heavy brasses, and of course all the ingredients of rock music mixed with exotic folk instruments, merging Slavic, Western and Asian music... just to name a few characteristics of the five albums by Cankisou.

Kries from Croatia was formed in 2002. Founding member Mojmir Novakovic has been successful with Kries right from the start: with their soundtrack Konjanik, the band has won the prize for the best Croatian movie soundtrack, and then in 2004, their debut-album Ivo i Mara has made a deep impact on the international music-press. By the time their 2008-album Kocijani had been published, Kries had already made it to the cover of high-ranking Folk Roots magazine, and played at dozens of international festivals. And as if the band had just been dropped from out of place, from a distant planet to Croatia, their music is a mix of folklore, rock, space music and Slavic mythology and magic.

Rotfront collective has been formed seven years ago by immigrants dwelling in Berlin, within the compass of the unbreakable Russian-Hungarian-German-American friendship. Their first album came out in 2009, under the title Emigrantski Raggamuffin, which has been accompanied by a rather loud Western-European tour, thus turning Rotfront from one minute to the other into one of the most attractive Eastern-European-flavoured partybands. This music surely has its special flavour, ease, charm and sense of humour, and on top of all these, they surely have a number of incredible hits to make Sziget dance like crazy.

Beside the two international success-stories of Romanian gypsy music, Taraf de Haidouks and Fanfare Ciocarlia, another band named Mahala Rai Banda has made a public entrance in the past four-five years. And the main thing is: this is elementary, amusing partymusic at its best, featuring outstanding singers, so it is not at all a surprise that their 2009-album Ghetto Blasters has become one of the most frequently played records of the European world music radio-programs.

Detroit-born Daniel Kahn has been trying to create a summary of Eastern-European Jewish musical tradition in the past few years. In 2005, he founded his own band Painted Bird, featuring American, Swedish, Russian and German musicians. This act entails a rather unique merge of vitriolic political caberet, Brechtian theatre, klezmer and punkrock, which is completely aware of its traditions, however, can already be referred to as the klezmer of the 21st century. They have produced two albums so far: The Broken Tongue (2006) and Partisans and Parasites (2009) - the latter gaining a stunning international echo, featuring klezmer-musicians like Paul Brody and Frank London.

And of course, local flavours cannot be missed from World Music Stage either. The Romani folk-band Parno Graszt from the village of Paszab, Szabolcs-Szatmár-Bereg-county has been active for fifteen years, and now they are going to play a concert at Sziget, too. Csík band and their guests are coming too, and in the meanwhile, they are getting more and more successful all over the world. Söndörgő band are celebrating their fifteenth anniversary at Sziget this year, and they are going to play together with the king of Macedonian gypsy music, Ferus Mustafov.

The band Kispál és a Borz started out form Pécs 23 years ago and became the best known Hungarian band of what is referred to as ‘alternative’ rock. In the course of more than two decades they released 14 albums and numerous singles. As well as being regarded as one of the most influential bands of the post-communist era, their sound and lyrics created a “school” that left its mark not only on the upcoming bands of the 2000’s but still of present days’.

So that they go out in style, the unique farewell concert boasting a spectacular stage and visual show is planned to last for two and a half to three hours. The most popular songs of the past 23 years will be heard and of course many artists who performed with the band in the past will be present as well as some surprise guests, who haven’t played with the band in a long time.
The farewell concert will be free for people holding camping tickets, otherwise day tickets will be half price, which is 6000HUF."