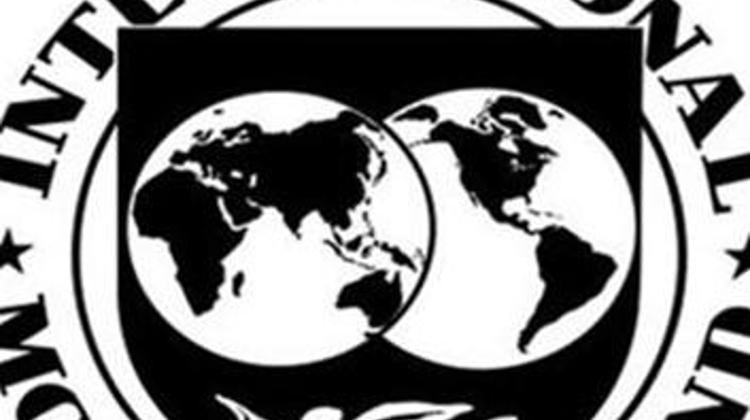 "Hungary is seeking to sign a new, precautionary loan agreement with the International Monetary Fund (IMF), said György Szapáry, a key advisor to Prime Minister Viktor Orbán, in an interview with fn.hu on Wednesday.

Hungary does not need new external funds, but this deal would create a fallback position for the country and thus help shore up market confidence, he added. Szapáry does not believe banks would withdraw from Hungary in mass due to the HUF 200 bn the government hopes to raise from a new tax on the financial community.

Szapáry said in mid-June already that the government would like to sign a new agreement with the IMF for 2011, and was meanwhile looking to extend the current standby arrangement by an additional three months to December 2010 to ensure unbroken continuity.

In an interview with fn.hu he confirmed the above intention of the cabinet.

An IMF-EU mission arrives to Budapest in early July for the next review of the credit deal with Hungary. The government plans to seek an extension of the SBA that would expire in October to the end of the year, Szapáry said.

"We have plans to sign a precautionary loan agreement for 2011, but negotiations have not started yet," he added.

"A precautionary loan would strengthen market confidence, which could reduce risk premiums and allow Hungary to take out cheaper loans on foreign markets,"

"This means the government has no intention to draw the money because the state is solvent but a precautionary deal like that would strengthen market confidence, which could lead to lower risk premia and so Hungary would be able to take out cheaper loans on foreign markets," Szapáry said.

Hungary would draw on the credit line only if something happened on international markets that made it difficult for the country to obtain funds there, he stressed.

Antal Rogán of Fidesz, head of Parliament’s Economic Committee, told local news portal origo.hu on Tuesday that the rescue package for forex debtors, primarily those who had taken out home loans, will "largely lean on IMF funds".

"It seems the left hand in Fidesz does not know what the right hand is doing," daily Népszabadság commented today.

The only way the controversy between the two statements may be resolved if we assume that Rogán was referring to the already drawn but unused part of the IMF credit facility. In March this year, OTP Bank cleared an EUR 1.4 bn (cc. HUF 370 bn) state loan in full (it had paid back EUR 700 m in Nov 2009 and the rest in March 2010). Further IMF money is "parked" at Hungarian Development Bank (MFB) and mortgage bank FHB. Once repaid, these would increase the available IMF sources by HUF 260 bn. Some of the funds drawn from the IMF went into the central bank’s foreign currency reserves (by HUF 957 bn according to data by the now defunct Finance Ministry). The NBH reserves, though may not be used to help FX debtors under any circumstances.

If Rogán was also referring to the undrawn tranches of the IMF money, it is a bummer indeed. They should have let Szapáry know about this, if not for anything else than because he was Assistant Director at the IMF in Washington and Senior IMF Resident Representative between April 1990 and August 1993.

Meeting the deficit target is a must

As condition to the USD 25.1 bn credit facility obtained in the autumn of 2008 Hungary pledged to take the budget deficit down to 3.8% of GDP this year. The new Fidesz cabinet has been warning that a serious overshoot was highly likely and was mulling to seek approval by the EU to raise the deficit target. After it was made clear that no leniency should be expected in this regard, the government pledged to do its utmost to meet the objective.

Szapáry, a former central bank Deputy Governor, said one of the key conditions to sealing a precautionary loan deal would be to achieve the deficit target. Monetary policy will also be regarded, he added, noting that the central bank is also taking part in the talks.

Szapáry was one of the 29 economists close to Fidesz that warned about a possible overshoot of the deficit goal (saying the shortfall could be as big as 7.5% of GDP). In the interview he stressed they did not say the goal was unattainable but that it would be bigger than planned without further measures. "And it is so, because revenues are smaller and spending is bigger than planned. The previous government was overspending. Without adjustment the deficit would come to around 5% (of GDP). This is what has to be lowered to 3.8%. This is why expenditures need to be cut and why there is a need for the bank tax."

Banks unlikely to just up and leave

The new surcharge on the financial sector, which is reportedly going to be 0.38% of the affected institutions’ end-2009 total assets, will eat into the banks’ profits, but Szapáry said foreign-owned banks are unlikely to withdraw from Hungary because of that.

"Banks are guided by long-term interest when they choose to settle down in a country. This is why they would not leave so easily. Moreover, the Hungarian operations of these foreign banks were highly profitable relative to the one on their motherland before the crisis, because interest margins are higher and lending also grew much dynamically. I believe they will think twice before coming to the decision to exit from Hungary," Szapáry added.

"Today's news should be positive for the markets, as an IMF agreement provides at solid anchor for fiscal prudence and reduces risks to financial stability. However, it probably comes from something bad, namely that the government no longer has a choice, partly because of the focus on the country's fiscal risks after the unfortunate remarks from government officials earlier in the month and partly because of the development in CHF/HUF, which is at record high," commented Anders Svendsen, analyst at Nordea in Copenhagen, today.

He noted that more than half of household's housing loans are likely to be denominated in CHF and the consequent banking sector vulnerability was the reason for having the current IMF agreement in the first place.

He expects the HUF to strengthen on the news."