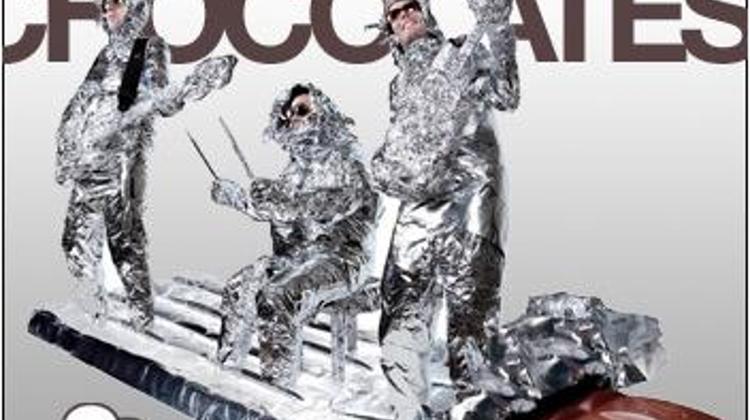 Well known expat Treehugger Dan provides us with this concert report: Two great local international bands co-headlined at Rézmál Kávézo one Saturday night recently. The Random Chocolates first took the stage and rocked the house with their high-energy show. They played most of my favorites, including "Charlotte," "Pure," "Found," and "Casa Retro," along with covers by ZZ Tops - "Cheap Sunglasses;" "Just" by Radiohead, "La Tristesse Durera" by Manic Street Preachers," and "Vampire Weekend" by A-Punk. They also played a song I normally cringe at, The Doors' "Light My Fire" - but their version was so different that I really liked it.

Mookie Brando and The Second Cousins then took the stage after a short break andmookie brando played a great set of Mookie originals and well-chosen covers.

The line-up has settled down now to include Bence Nagy on drums, Chris Parsons on guitar and Mike Kentish on bass (doing double-duty on the night). I was glad to finally hear Chris's playing because too often he is either too understated or the levels are not right. Some of my favorite Mookie originals included, "Mr Cliche," "Want it Back," "Angelina," "Angel Tonight," and "Shakin' in the Middle of the Night;" while favorite covers included "Folsom Prison Blues" (Johnny Cash) and "20th Century Boy" (T-Rex).

But the highlight of the evening was the arm wrestling match between Feri and Rich - just kidding - it was the encore with The Random Chocolates) doing "Sympathy for the Devil" (The Rolling Stones). Mookie recently uploaded the lyrics of almost 150 of his songs here.

The Random Chocolates play on Thursday, November 4th- their first unplugged gig at Treehugger Dan's. They will also play at the Xpat Charity Event: Budapest Bonfire Night  on 5 November at the InterConti.