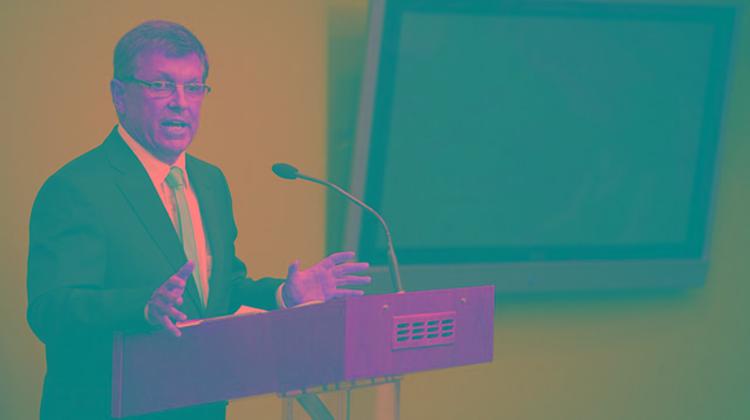 "The government has set January 31, 2011 as the deadline for private pension fund members to return to the state pension scheme or face losing their pension entitlements from the state.

Economy Minister Gyorgy Matolcsy yesterday announced the government's plans, which will eliminate “the second pillar” of the so-called mandatory private pension system introduced in 1997, under which employees pay 8% of their gross salaries into the private system, but are also eligible to a state pension.

Currently in the pay-as-you-go system, employers pay a pension contribution of 24% of the gross wages of their employees.

Matolcsy said all members will be transferred to the state pension scheme, the first pillar, unless they expressly ask to remain in the private pension funds, in which case they will not be eligible to a state pension, which currently makes up about 70% of total pension payouts.

Under the planned legislation, private pension fund members will lose their right to receive benefits and could only expect 10% of their gross wages as a pension source.

The government initially set a December 31, 2011 deadline for the switch in a recent law that also eliminated the obligatory membership of private pension funds.

The government will offer incentives for those stepping back to the state-pension scheme, Matolcsy said. Individual accounts will be created, into which former private fund members can transfer all their savings, which will be inheritable.

The government will compensate everyone who transfers their account to the state system if, over the years, their savings yielded less than inflation. Matolcsy said this could cost about Ft 80-120 billion.

If the return exceeded inflation, then private pension fund members can take this surplus in cash, or have it transferred to a voluntary pension fund.

Another blow to pension funds is the government proposal to slash the operational costs to 0.9% from 4.5% and reducing the management fee from 0.8% to 0.2%.

Matolcsy said that it is unacceptable that there is a 30% shortfall in the pension fund, or about Ft 900 billion, missing from the annual Ft 3,000 billion budget.

The government will use Ft 530 billion the proceeds from the transfer of funds to the state pillar to pay pensions next year and Ft 250 billion in 2012. The rest of the proceeds will go to reduce state debt, Matolcsy explained."