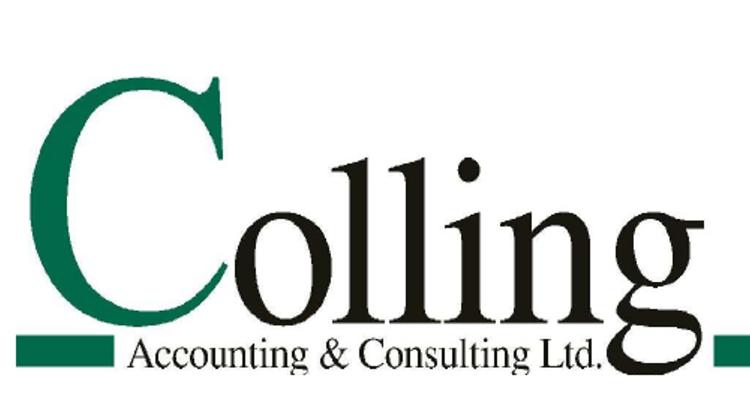 "2011 is the year of tax legislation changes, as tax laws this year have changed even more frequently than in previous years. Instead of – sometimes necessary, but often inspired by sudden ideas and consequently brush-fire nature (often surviving only for one year) – austerity measures taken in previous years, we can now witness the fundaments of an entirely different system taking form, which provide taxpayers – be them corporate or private entities – essentially with positive opportunities.

Upon framing the mid-year changes – mostly the rules effective as of 1 July, 2010 – calculability also played a role, since a large part of them also applies to 2011. These year-end changes – the objective of which in connection with the Budget Bill is to guarantee the revenues of the central budget and also to support economic growth – may fundamentally be allocated to the following main groups:

The Act pertaining to the crisis taxes, i.e. the industry surtaxes imposed on the energetic, telecommunications and trade undertakings, have already been adopted and enacted in October.

As it is already known, the Act has been amended as of 1 July, 2010 and up to an annual tax base of HUF 500 million a tax rate of 10% was introduced, while above this limit 19% continues to apply. Due to the temporary rule the 10% tax rate for the 2nd half of 2010 may only be enforced up to a tax base of the HUF 250 million; however no other conditions are to be met in order to apply this rate. In 2013 already only the 10% tax rate will be applicable, without any restrictions whatsoever.

Parallel with the above, the 30% paying agent corporate tax – to be deducted concerning payments made to foreign organisations where no treaties on the avoidance of double taxation is available – is cancelled.

In addition to this the Act also modifies the notion of “controlled foreign company”; pursuant to this modification those companies will qualify as such that have not paid corporate tax of at least 10% or in its country of residence the corporate tax rate is below 10%.

An essential and important change is that as of 1 January, 2011 the pension contribution deducted from private individuals will increase to 10% instead of the current 9.5%.

As a result of the changes mentioned before, pursuant to a separate provision of law the private pension fund contribution rates will be 0% until 31 December, 2011.

In relation to the Act on personal income tax the following principal amendments were introduced:

• The tax rate is 16%, however the “super gross” tax base scheme does not change
• Simplification of the private individuals' tax returns
• Extension of the family tax allowances
• Simplifying the taxation of incomes subject to separate taxation
• Transforming the scheme of benefits in kind

The main component of the change is that the personal income tax will be charged at a uniform single rate of 16%.

An important measure is the gradual phase-out of the “super gross” scheme, i.e. in 2011 the tax base supplement is still applicable, while in 2012 only 50% of it will apply, and then it will be fully terminated in 2013.

In connection with the tax rate change both the amount and rate of tax credits have changed:

It will be 16% of the total of the wages earned in the tax year and the tax base supplement established in respect of the first, but maximum HUF 12,100 per month of eligibility.

Eligibility limit for the tax year: HUF 2,750,000, however a limited tax credit may been enforced up to an amount further increased by HUF 1,210,000 (taking the tax credit under the principal rule into account, the part exceeding 12% of the total annual income above the eligibility limit). No tax credit, even limited, shall be applicable for incomes exceeding HUF 3,960,000.

B) TAXATION OF INCOMES SUBJECT TO SEPARATE TAX

It is important to note here that the 16% rate also applies to incomes subject to separate taxation (e.g. dividend, exchange gain, interest income and income from the transfer of real property); however, when calculating the tax for these items the "super gross" tax base supplement is not applicable, only the 16% tax is to be paid. With this a uniform tax rate was introduced also for incomes subject to separate taxation.

C) SIMPLIFICATION OF THE TAX RETURN

The system of tax returns has been simplified, though not as much that it would fit on a "beer mat"; nevertheless a tax return fitting on a single A/4 sheet is already feasible in certain cases, while in other cases the new law also provides exemption from the obligation to submit tax return.

As part of the self-assessment the taxpayer has the opportunity to do the following:

The Act specifies new rules in respect of the tax declarations:

Private individuals may meet their tax return obligation through tax declaration, if their total income – not including those not subject to declaration – originates from the same employer throughout the tax year, and the difference between the deducted tax/tax advance and the actually payable tax does not exceed HUF 1,000 in the tax year in total,

a) they did not/do not charge any cost by way of itemised cost accounting,
and
b) they enforce deductions from the revenues, family allowance from the income – without division – or tax credit, tax allowance from the tax only to the extent that it was taken into account by the employer based on its tax advance declaration,
and
c) they do not submit any voluntary fund declaration and pension precautionary savings declaration disposing of their tax.

Private individuals may meet their tax return obligations through tax declarations, if during the tax year they obtained only such incomes, only originating from a paying agent – not including those not subject to declaration – which did not exceed HUF 100,000 per payments,

a) they did not/do not charge any cost, cost ratio as itemised cost accounting (except the 10% cost ratio),

and
b) they did not/do not enforce any deduction from income, family allowance from the revenues, and tax credit/ tax allowance from the tax,
and
c) they do not submit any voluntary fund declaration and pension precautionary savings declaration disposing of their tax,
and
d) the paying agent deducted the tax/tax advance in full.

In addition to the above conditions, the return obligation may be met by tax declaration also in the case, if the private individual obtained income from employee(s) assessing the tax advance in the tax year, in a manner that the difference between the deducted tax/tax advance and the actually payable tax in the tax year does not exceed HUF 1,000 in total and in addition to this he/she also obtained income from other paying agent(s) where the amount per payment did not exceed HUF 100,000.

The Act also provides exemptions from the tax return obligation, if the private individual concerned did not earn any income in the tax year, or obtained only such income that is not subject to declaration.

Such incomes not subject to declaration are as follows:

• items not to be taken into account for the purpose of income calculation, except when it must be reckoned with in the total income of the private individual [Article 3 (75)];
• those originating from the transfer of movable property, and if the total amount assessed in the tax year from such origin does not exceed HUF 200,000;
• originating from the transfer of real property, the cession of the exercise of property rights or the waiver of such rights, if no income is generated from that;
• concerning which the payment of the personal income tax is the obligation of the paying agent;
• which classifies as interest income and from which the paying agent has deducted the tax;
• which classifies as pecuniary prize [Article 76 (2)];
• which is not taxable in the Republic of Hungary pursuant to an international treaty or reciprocity;
• which is not subject to declaration pursuant to the provisions of a separate law.

D) EXTENSION OF THE FAMILY ALLOWANCE

In the future the family tax allowance will be available in the form of tax base allowance for a wider range of people and at a higher rate:

may be deducted from the aggregate tax base in each month of eligibility under the title of family allowance.

The family allowance may be enforced once in respect of a single favoured dependent, however it also may be exercised jointly with the spouse, common-law wife/husband living in common household with the beneficiary – if none of the spouses or common-law partners draws down the family allowance of the single person raising the child on his/her own – by way of dividing the amount or the beneficiary dependents.

E) TRANSFORMATION OF THE SCHEME OF BENEFITS IN KIND

The taxation of the benefits in kind also undergoes changes within the personal income tax scheme. The range of benefits classified by the prevailing rules will be significantly restricted, and the "benefits in kind" term as a designation will cease to exist. Non-pecuniary benefits – if they do not qualify as tax exempt benefits stipulated in Annex 1 to the Act – may be taxed in three ways.

A range of benefits – listed item by item in Article 69 of the Act on Personal Income Tax – where the tax chargeable on the provision thereof shall burden the paying agent rather than the private individual, will continue to exist, This includes benefits where the paying agent is not in the position to establish the volume of the income obtained by each private individual.

Furthermore, such benefits are the taxable incomes originating from benefit provided at various events, benefits provided through group insurance, entertainment and business gifts provided by non-corporate taxpayers and use of telephone services for private purposes.

The provision of entertainment and business gifts remains tax exempt in the case of corporate taxpayer paying agents, and the tax exempt part applicable to other fringe benefits will also be maintained in the same way as stipulated in the previous rules. The taxable income granted under the title of telephone services used for private purposes will also be calculated in the same manner as under the previous rules.

However, the basis of the personal income tax and health contribution, burdening the paying agent, will be 1.19-fold the value of the non-pecuniary benefits, since this ensures that the benefit of a certain value costs the same amount of expenses to the paying agent. It is obvious from the table above that this amendment reduces the tax burden from the former 81% to 51.1%.

The Act still stipulates a range of benefits subject to preferential taxation for the cafeteria items granted the most often. This includes income granted in the form of holiday vouchers, leisure services and meal vouchers, as well as school entry aid, local transport passes, contributions to voluntary mutual insurance fund and employer's pension service provider institutions.

A new element amongst the cafeteria benefits is the employer’s support granted in the form of payments made to the credit of Széchenyi Leisure Card accounts. This is a cashless payment instrument, which can be used for the purchase of services, stipulated in a separate law, from service providers joining the system.

The reimbursement of internet usage and internet invoice costs – which under the prevailing regulations qualifies as an unlimited tax exempt benefit – is included as a new component in the cafeteria benefits subject to preferential taxation up to HUF 5,000/month. According to the effective regulations the paying agent has to pay 25% personal income tax on fringe benefits subject to preferential taxation, and the benefit is not burdened by any contribution.

According to the Proposal the tax rate of the cafeteria benefits burdening the paying agent will be also 16%, and the 16% tax will be payable on 1.19-fold of the benefit value, but no further contributions would be payable either by the paying agent or the private individual

Should you have any question in connection with our client bulletin, please, do not hesitate to contact us. We shall be pleased to help you. "