Hungary Remembers The Victims Of Communism On 25 February 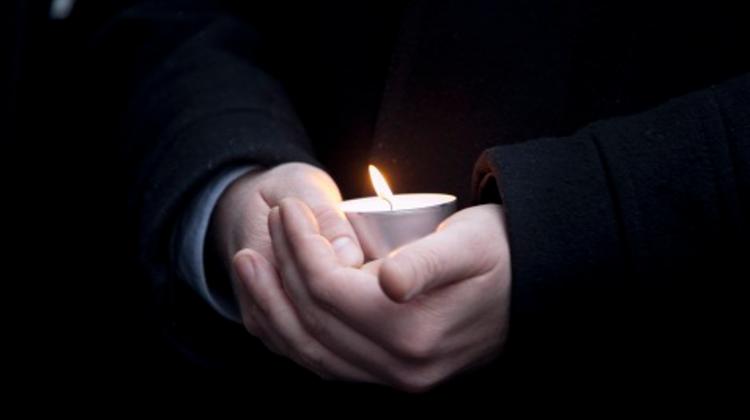 "On Saturday 25 February across the country there will be commemoration events for the victims of communism. On this day in 1947 Béla Kovács, the Secretary General of the Independent Smallholders’ Party, was unlawfully arrested and deported to the Soviet Union. Following a decision adopted by the first Orbán government in 2000, all secondary education institutions mark this anniversary.

The Government of Hungary’s official commemoration event will take place this Saturday afternoon outside the House of Terror Museum at Andrássy út 60; this institution is ten years old this year.

From 10 a.m. to 6 p.m. on Saturday the Government welcomes all those who wish to place remembrance candles and lampions outside Andrássy út 60, to honour victims of the communist dictatorship.

At 4 p.m. a memorial event will also take place at this location, in which the following speakers will take part: László Balás-Piri, President of the Board of Trustees of the Public Foundation for the Research of Central and East European History and Society; Gábor Tallai, Programme Director of the House of Terror Museum; Mária Schmidt, Director of the House of Terror Museum; Csaba Hende, Minister of Defence. Singer Eszter Váczi will perform, and the new video by singer-songwriter Ákos will also be shown.

The House of Terror Museum, which has had more than four million visitors in the past decade and has become a place of national remembrance, can be visited for free on Remembrance Day for the Victims of Communism.

The victims of communist regimes worldwide are estimated at 100 million. In Eastern Europe, the number of those who died in famine, in labour camps or were executed on political grounds was around one million. The number of those physically and psychologically crippled by the everyday reality of dictatorship was much higher, however.

Parliament adopted a resolution on 13 June 2000 which made 25 February Remembrance Day for the Victims of Communism. On this day we remember the tens of thousands of people who were separated from their families and taken to labour camps, our fellow Hungarians who were executed on the basis of trumped-up charges, and resistance heroes who died martyrs’ deaths.

On this day we remember all those who became victims of a system of violence, their families and loved ones slandered by the communist regime. We can also look back with pride on the nation's perseverance and unquenchable desire for freedom, which buried the sins of a failed system.