Now On: 'Osas Plus' In The Vasarely Museum In Budapest 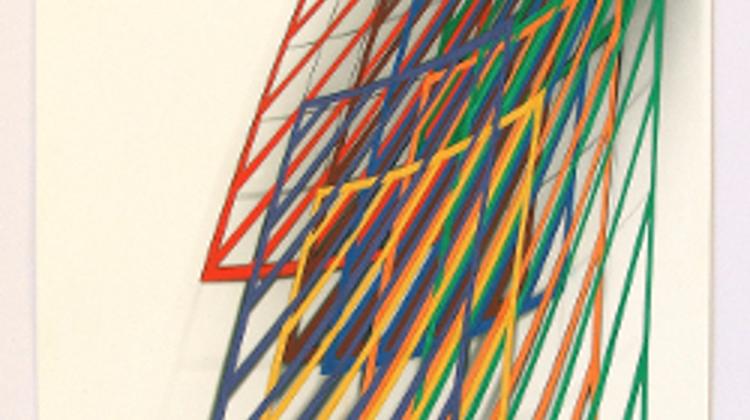 "The artists who founded the Open Structures Art Society organized their first introductory exhibition in 2006 at the Vasarely Museum in Budapest. Three years later, a second exhibition was held at the same venue featuring new works and sketches by Society members, and supplemented by small graphics masterpieces selected from the Tamás Konok collection.

The Society, however, remained active between these two events, as it has since. It has organised 14 thematic contemporary art shows in the two halls of the Vasarely Museum, which has become the main venue for its exhibitions, engaging such thematics as colour, concept art, visual poetry, transparency, and, on the most recent occasion, ornamentation.

It has been three years since the last exhibition by OSAS members. In January 2012, the Society carries on the tradition by presenting new content with the title OSAS PLUS. This is the first time that each member of the Society participates as a curator in the organization of the exhibition.

Non-artist members Júlia N.Mészáros, art historian, and András Szöllősi-Nagy, collector and art writer, also participate as curators, inviting the works of a few artists from the constructive-concrete scene. The exhibition also pays homage to the memory of Katalin Hetey, who passed away in 2010, by presenting the last drafts and sketches she completed. As a special point of interest, we will also display the graphic album entitled PIÈCE UNIQUE featuring unique works by OSAS members, of which fifteen copies have been made."