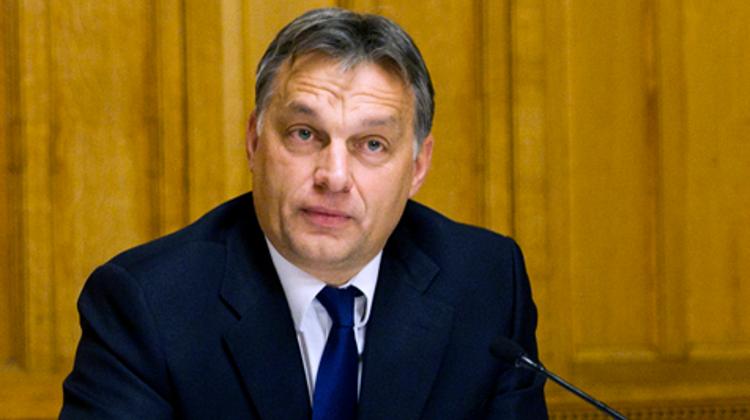 "Another major project is being launched in Hungary. The opening event of the Kecskemét project of Knorr-Bremse’s utility vehicle division was held on 6 March 2012 attended by Prime Minister Viktor Orbán. The Prime Minister also made a speech.

The Prime Minister stressed that German industry was Hungary’s ally. The Knorr-Bremse project implemented with the Government’s support will create more than a thousand new jobs in East-Hungary. The Government hopes that those working in the factory will find steady jobs providing a dependable living.

The Prime Minister observed that the Kecskemét project was an important indication. It signals that Hungary is moving away from the crisis zone, and „things are heading in the right direction". In the United States, too, we may observe signs indicating that the world economy may be finding a way out of the crisis. Hungarians in the last two years have made a great deal of effort and have worked hard to correct the errors of the past; they have worked hard for the achievements, for the good news, the Prime Minister said.

In 1999 Knorr-Bremse was one of the first investors in Hungary which did not simply wish to obtain work force on the local market but also set up a development centre.

This is not the first large project that has been launched in the past year and a half. The Government attempts to support all significant projects creating jobs with the means at its disposal as increased employment is one of its top economic-policy priorities. Already in 2010, the Government radically reduced corporation tax from 19% to 10%. As part of the Széll Kálmán Plan, the Government significantly reduced the administrative burdens of businesses, by some HUF 500 billion, and simplified the licensing procedures of projects and public procurements. Additionally, the Government has launched the re-organisation of the vocational system. As a result of this programme, Hungary will be able to offer highly-trained experts with extensive practice-oriented experience to projects and businesses moving to Hungary.

Thanks to these efforts, three major automobile manufacturers have decided to increase their production in Hungary. By virtue of investments in the automobile industry (Audi, Opel, Mercedes), 27,500 new jobs are being created indirectly.

Audi is effecting an investment in the magnitude of almost a billion euros; the new factory which will manufacture 500 new cars daily and some 100,000 to 130,000 annually will start its operation with full capacity as of the second half of 2013. Based on the Government’s decision, this is a priority project, and thanks to the accelerated procedures and fast-track processing of the required official licences and permits, people will be able to start work sooner. The company will create 1,800 new jobs directly.

Audi also entered into a cooperation agreement with the Győr Szent István University, as part of which the company will take part in research and development and innovation programmes.

Opel launched a project worth EUR 500 million in Szentgotthárd where a new engine plant is being built. By the end of 2012, with the availability of the full manufacturing capacity, the factory will manufacture some 500,000 engines annually. The Kecskemét plant of Mercedes will launch production at the end of 2012, and will create more than 10,000 jobs."