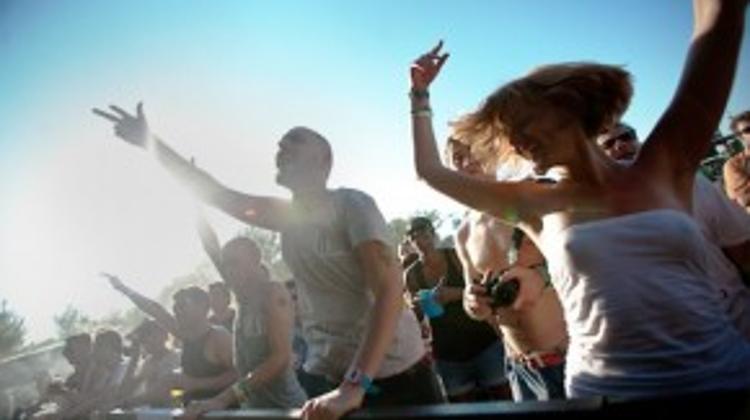 The Heineken Balaton Sound crew is happy to announce a quick solution after last week’s sad news of losing Björk from the Sunday headliner slot. And a quality solution indeed, as Armin van Buuren, the best known DJ of the trance universe, already voted as best DJ of the world not less than 4-times accepted the last minute invitation. Other additions to the program include Calvin Harris, Martin Solveig and Grammy Award winner hip-hop act De La Soul. All this and a lot more at Zamardi, Lake Balaton, Hungary, between 12-15 July.

Luckily it didn’t take too long to find the new Sunday night headliner for Heineken Balaton Sound and Armin van Buuren is obviously a big one, also getting a top position at the event’s wishmachine listings.

The best known DJ of the trance genre has already released 4 mega successful records and continues to present “A State of Trance”, his legendary show, aired by radio stations in more than 25 countries and reaching an estimated 25 million people each week, while also going strongly as an internet broadcast.

Armin was voted “best DJ” by DJ magazine 4 times between 2007 and 2010 and his live sets are moving tens of thousands of fans all around the world, headlining the biggest shows and festivals.

Another great addition to the main stage line-up will be Calvin Harris, appearing on the opening day of the lakeside party. He is one of the biggest names in the mainstream electronic scene, even cooperating with Rihanna, resulting in their chart-breaking single “We found love”.

Calvin is known to be a singer, songwriter, producer and DJ and has already released 2 records, while also getting ready for a new album this summer.

The 2012 Heineken Balaton Sound is happy to announce DJ-producer Martin Solveig, another cool act in the line-up, taking the party scene by storm with his hit single “Hello”.

And the summer’s biggest beach party will also welcome Guy Gerber, a top DJ and producer from Israel, also well known around the world and regularly playing gigs in Detroit, Ibiza, Berlin or London.

And even more special features in the line-up, as Long Island-based legendary hip-hop combo, De La Soul will be at Balaton Sound! Their career has been going on for more than 20 years now, releasing inspiring albums, breaking charts, getting big awards and – most importantly in this case – giving huge live gigs ever since.

They are undoubtedly the flagship of the Native Tongue hip-hop movement and will be a great night-time opening at main stage on Sunday, right before Armin van Buuren and Example.

Tale Of Us is a truly cosmopolitan music production: the duo’s members both have Italian origins, but Carmine Conte was actually born in Toronto, while Matteo Milleri started life in New York. Nowadays they work in Berlin – known to be the most exciting e-music centre of current times – and produce an eclectic mixture of house, techno, nu-disco and pop. They are a great feature of the biggest parties in Europe and the US, so obviously they will also give everything they got, right at The Sound.

Less than 60 days to go till opening the gates in Zamardi and please don’t forget that it makes a lot of sense to buy tickets for a lower presale price till 30 June.