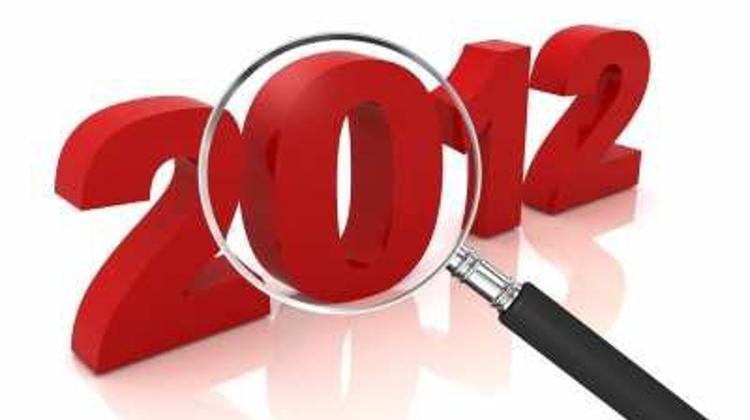 Thus tiered taxation is reinstated in the new law, but it applies to the tax base rather than to the tax rate. However, for this reason, the private individual's declaration to be made in the beginning of the year whether his/her income is expected not to exceed/to exceed the HUF 2,424,000 annual limit in the tax year concerned gains utmost importance.

Cancellation of the tax credit

As of 1 January 2012 tax credits are cancelled. By annulling this benefit the legislator “compensates" the phase out of the tax base top-up, more favourable for private individuals (in the case of gross incomes below HUF 202,000/month).

There is no essential change in the rules, except that the legislator slightly eases the conditions pertaining to the use of the family tax benefit by stating that only the eligibility to family allowance should exist rather than the actual disbursement thereof.

Income realised from the transfer of movable property

Pursuant to the new law private individuals are not required to consider the amount received as consideration for the transfer of movable property as income (nor to pay and report it), if such income does not reach HUF 600,000 or the HUF 200,000 income limit (from the beginning till the end of the tax year).

If the transfer of the movable property takes place as part of the economic activity, during the normal course of business, then the sales income shall be calculated in accordance with the rules pertaining to the calculation of income from self-employment activity.

Income from the transfer of real property

It is a material change that for corporation taxpayers (and also in the case of private entrepreneurs) expenses classified as entertainment and business gift shall be taxable in full as certain specific benefit (Article 70 of the Act on Personal Income Tax). This means that the payer shall be obliged to pay personal income tax of 16% and health contribution of 27% for 1.19-fold of the benefit value in respect of costs allocated to this category.

In connection with this the notion of entertainment does not change, while the value limit of business gifts is lifted. However, as of 2012 the tax return is to be submitted and the payment is to be made to the tax administration on monthly basis.

Until 28 February 2012 private individuals shall not be subject to personal income tax in respect of the maximum amount of HUF 7,500,000 provided by the employer as an interest-free, non-refundable aid. (Pursuant to a temporary provision the aid granted in 2011 shall be also tax exempt.)

Please, note that this type of aid is permitted by the law only for parties being in employment relationship with each other!

No year can be started without changes in VAT, which are mostly determined – in addition to the EU legal and tax harmonisation – by the actual economic policy of the ruling government. The VAT changes of this year could have been motivated by the purpose of simplification, the stimulation of certain economic sectors and the earning of extra budgetary revenue. The key changes are as follows:

It is known by everybody that the increase of the highest VAT rate from 25% to 27% is attributable to the fact that in the year 2012 budget plans the projected VAT revenue amounts to HUF 2,700 billion, i.e. by 8% higher than in 2011.

In connection with Section 1 above during the interim settlement period the issue of establishing the VAT content of invoices related to performance of work in 2011 and continuously performed work also affecting 2012 (payment due date = performance date) arises, for which the following rules shall be applicable:

Another, well-known change is the change in the management of the VAT impact of car rental and leasing; this change is aimed at providing assistance to one of the greatest losers of recent years’ economic crisis, i.e. the companies active in the vehicle and commercial sector, by making the VAT of car rental and leasing reclaimable, which could not be deducted before.

Thanks to this, upon rental VAT will not be accounted for as cost at the user of the service. This entails a profit increase, which will result in higher corporation tax, which – once again – will contribute to the increase of state budget revenues. In the case of leasing open-ended, rental-type leasing, where the impacts are identical with that of the car rental mentioned above, and the closed-end leasing, where at the end of the tenor the car is transferred to the lessee’s possession, should be separated.

In the latter case so far the VAT used to be capitalised as part of the acquisition value and then depreciated in accordance with the rules set out in the accounting act and in the accounting policy. By making the VAT of closed-end leasing deductible, the capitalised value of the car will decrease, which will entail the reduction of the depreciation, also resulting in higher profit for the company and thereby an increased corporation tax return and payment obligation.

In the case of transactions outside the Community concluded with clients from 3rd countries it is a VAT-related change that the VAT content of the advance related to import services can be deducted, if the user of the services is bound to pay taxes, or if the obligation arises after 1 January 2012.

• Until 1 January 2012 electronic invoices must be accepted; however in the future the issuer of the electronic invoice needs to obtain the approval of the client before issuing such invoices.
• The taxpayer must issue a domestic invoice concerning the inland sales of products and provision of services even if it is deemed resident elsewhere as well, but the fulfilment of the transaction impacts its domestic seat or permanent establishment the most directly (before this requirement applied only, if it was resident only inland). Accordingly, as of 1 January 2012 the branch office shall be also obliged to issue invoices in respect of each economic event.

In case of advance invoices the partial repayment of the advance (erroneous advance invoice issued for a higher amount) also entails the reduction of the VAT tax base, which is not subject to self-revision as of 1 January 2012, but instead the taxpayer may do the adjustment in its actual return, thereby saving the self-revision penalty.

Pursuant to the adopted law, from the beginning of the year the tax administration will be obliged to publish the information whether the taxpayers availed themselves of the option to make the sales of real property taxable. The adoption of this provision definitely simplifies the administrative procedures for the taxpayers in the future. The adopted law harmonises the taxpayers’ VAT return and summary declaration obligation by making the submission of the VAT return mandatory, if the taxpayer is obliged to submit a summary declaration.

An additional amendment is – effective only from 1 January 2013 – that VAT payers will have to make a summary report in their tax return, i.e. they will have to report the details of the invoices in respect of which they exercised their tax deduction right in the respective settlement period, and of those they issued on such product sales, service provision in respect of which they incurred tax payment obligation in the respective settlement period. In addition to this the adopted law authorises the minister in charge of the fiscal policy to stipulate the detailed rules related to the summary report in a decree.

In accordance with the governing EU regulation it was adopted in connection with the tax warehousing procedure that in the future the tax payment obligation burdens the person ordering the removal of the goods from the warehouse. Parallel with this the notion of the remover also changes, as a result of which the last buyer of the product, to whom the product was sold by the last confirmed seller, may also be remover.

Finally, after the company teambuilding events, Christmas dinners and other collective events cheered up with live music it is worth checking the VAT content of the invoice issued by the provider of the live music prior to payment and acceptance, as the VAT impact of such services is reduced from 25% to 5% as of 1 January 2012, which also decreases the costs of the companies, as before the VAT content of such invoices had to be accounted for as cost, as those were deemed fringe benefits granted to employees. The P&L and corporation tax impact is identical with that mentioned in Section 3."