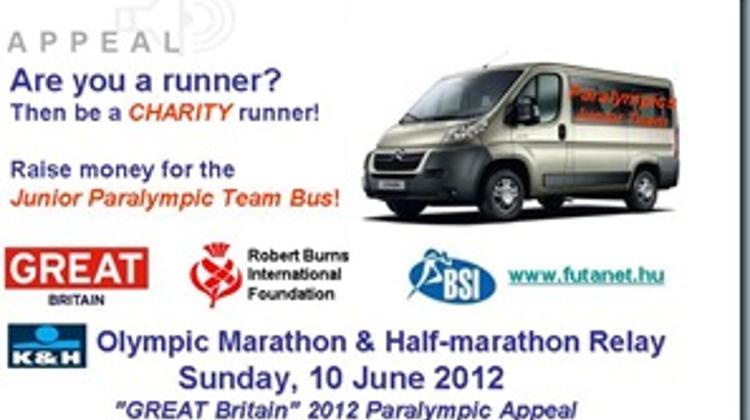 The appeal builds on the interest generated by the London 2012 Olympic & Paralympic Games and the 19th K&H marathon and half-marathon relay on 10 June 2012, with the aim to raise money to buy a specially equipped bus for Hungary’s Junior Paralympic Squad.

Put your running shoes on and start training. There is still time to get in shape and do 7 km/person for a good cause. Form a team of 3 or 6 and come and compete against the GREAT British Embassy teams. Come up with a name that includes your organisation and register on the Futanet website.

Further information on the 2012 Paralympic Appeal can be found on the International Robert Burns Foundation's website.

Please join the relay and support the cause by registering as a “charity entry”. Let`s help to make a difference together!