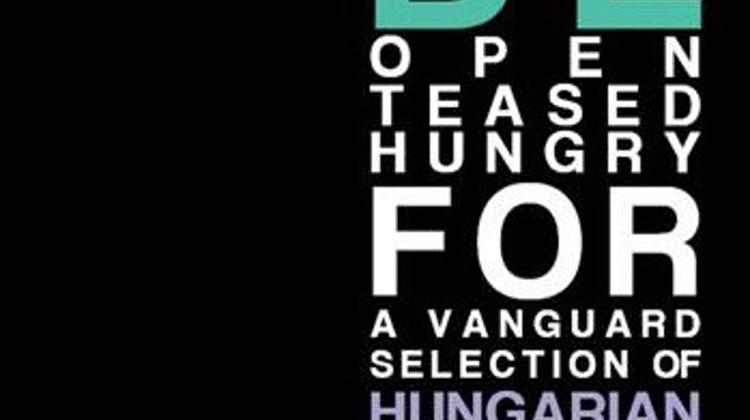 hungariAnt, a young community based film distribution squad, has put together 10 Hungarian classics for you as a sidebar program to the EuroChamps 2012. All features are rarely available anywhere these days, although they were hits in their own times. The selection sums up the past 40 something years and flags the best known directors from Hungary.

In the next 5 days you may plunge into the maze of forbidden love, political oppression, restless youth, hopeless marriage, unbreakable rebellion and daft humor or mesmerizing visuals. Whichever you choose you’ll be garanteed to watch a rarely seen masterpiece cherrypicked by hungariAnt.

This Event is brought to you by FRIGO, Örökmozgó Cinema & MaNDA.

All films are in Hungarian with English subtitles

Political and sexual repression in Hungary, just after the revolution of 1956. In 1958, the body of Eva Szalanczky, a political journalist, is discovered near the border. Her friend Livia is in hospital with a broken neck; Livia's husband, Donci, is under arrest. In a flashback to the year before, we see what leads up to the tragedy. Eva gets a job as a writer. She meets Livia and is attracted to her. Livia feels much the same, but as a married woman, has doubts and hesitations. In their work, they (and Eva in particular) bang up against the limits of telling political truths; in private, they confront the limits of living out sexual and emotional truth. Winner of best actress prize for Jadwiga Jankowska-Cieslak and the FIPRESCI prize for Károly Makk in Cannes 1982.

This is an excellent film, rather more than worthy, set in post-1956 (hence post revolution) Hungary. It traces the lives of a group of kids in their last days at school, the father of one of them having fled into exile after the failure of the revolution. The kids are trying to cope with the world the revolution has left behind, and what they chiefly find helpful is western rock n'roll. They want a decadent lifestyle in a puritan state. If rebellion with a cause was no good, why not try being a rebel without a cause? Sex and drugs and the rest. Sharp, realist, lyrical and poignant, it avoids both sentimentality and cynicism. Best foreign language film at New York Film Critics Circle in 1982.

Only movie made since 1989 to really be able to explain the end of Communism, and they did so by showing it through the eyes of 18-year-olds who didn't really understand it themselves. The comment about Csalamade is extremely profound. It described the crappy nature of things back then in those days, which, none the less, we've become nostalgic for. And most all of things described, really did happen: The exam questions were leaked. Young Hungarians got their first chance to travel through Western Europe on those forged train tickets. And a Hungarian graduation ceremony really does look like that.

Banned for over a decade for its outspoken criticism of the post-WWII communist regime in Hungary, Péter Bacsó's 'The Witness' has since then achieved unparalleled cult status in its native land. Known as the best satire about communism, 'The Witness' has become a cult classic, which was also well received by critics and general audiences alike when it was finally released outside of Hungary. Its candid and realistic portrayal of the incompetent communist regime has earned great acclaim for both the director and the film itself when it was shown at Cannes Film Festival in 1981.

'The Witness' takes place during the height of the Rákosi Era, which was closely modeled after the ruthless and brutal Stalin regime. The film follows the life of an ordinary dike keeper, József Pelikán, who has been caught for illegally slaughtering his pig...

Ghost trains and ghostly characters, figuratively speaking of course, are what run through the perpetual night of this underground metro system. Bulcsú's life that once was, on the surface, where the real people go home after work, who go to the movies or a fine restaurant is now replaced by the dark, cold and solitude arena of his new dwellings. He, and his motley crew of ragtag metro ticket Kontrollers must patrol the trains with daily ritual.

With indifferent passengers, a possible love interest, a regime set on competition and to top it all a mysterious serial killer at large, Kontroll is a dark and bleak comedy of the world of the ticket inspector. Best Film in Chicago International Film Festival in 2004.

The District is one of the most interesting, annoying, filthy and funniest animated movies I've seen in a long while. This film, a twisting of William Shakespeare's Romeo and Juliet, (and we're talking a severe twisting) combines it with a story about um, global domination of the oil supplies in their neighborhood. There's also music, sex, and really bad behavior. So as you can tell, this is not a kid's movie. Far from it. The animators seriously have warped personalities to have come up with this. Highly original, this is well worth a look. Best animated feature in Annecy, Sitges & Ottawa in 2005.