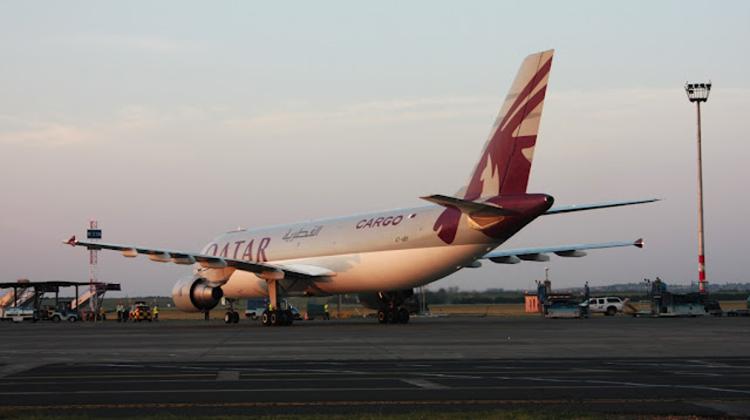 The first flight by Qatar Airways Cargo to Budapest landed on time at 20:10 on 30 June 2012 Saturday evening. The carrier will fly its Doha-Budapest-Doha route twice a week, thereby providing another important, direct commercial link between Hungary and the Middle East, and indirectly also the Far East.

This is the first time that Qatar Airways’ cargo branch is launching a scheduled cargo flight to Budapest. Qatar Airways Cargo’s wide body Airbus A300F type aircraft landed on runway II at Budapest Airport at 20:10 in the evening of Saturday 30 June. From now on the cargo flight operating on the Doha-Budapest-Doha route will arrive in the Hungarian capital twice a week, on Thursdays and Saturdays.

The direct aerial connection between Hungary and Qatar provides an important commercial link between the CEE region and the Persian Gulf, and, through Doha, via Qatar Airways’ extensive route network, towards Southeast Asia and Australia as well. The commencement of air cargo services is a significant development both for industry and for export and import traffic in Hungary and the region, since transporting goods to the most rapidly developing regions of the world will now be easier and quicker.

“It is a great honor that Qatar Airways Cargo has launched a flight between Qatar and Hungary,” said Christa Soltau, Vice President Cargo and Logistics of Budapest Airport, upon the arrival of the first flight. “We are delighted that another important commercial connection has been established between Budapest and the Persian Gulf region,” she added.

The launch of the new cargo flight is not the first development undertaken by the carrier recently on its services to Budapest. Since May, Qatar Airways’ airliners arriving from Doha make a short round trip to Zagreb after landing in Budapest, before returning to Qatar.

Qatar Airways has been chosen as the best airline in the world, and has one of the youngest fleets globally, with the average age of their aircraft at just over 3 years. Qatar Airways Cargo’s fleet consists of 3 Airbus A300F and 3 brand new Boeing 777-200F aircraft.