Xpat Opinion: Béla Biszku Under Investigation For War Crimes In December 1956 In Hungary 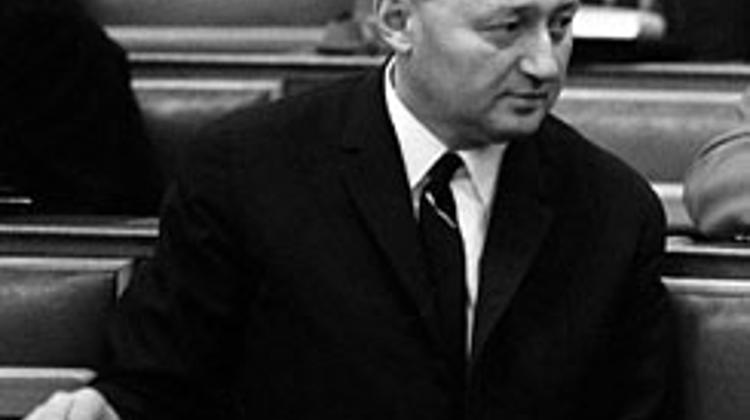 Right-wing pundits believe that the criminal inquiry into the suspected war crimes of the former Communist politician is an important symbolic act which could serve historical reconciliation. Liberal columnists, however, worry that the government wants to use Biszku’s case against the opposition parties.

Béla Biszku. a former Interior Minister, who is considered to be the mastermind behind the repression following the 1956 revolution, is suspected of ordering security forces to open fire indiscriminately on anti-Communist protesters, killing 51. He was briefly taken into custody, then put under forced residence (a ban on leaving Budapest). Biszku is under investigation for crimes against humanity.

Révész notes that by moving against Biszku, the Hungarian state could prove that it repudiates all kinds of totalitarian violence, whether committed by the Nazi or the Communist regimes. The liberal columnist, however, can find no comfort in the possible trial of a 91 year old man. Instead of the persecution of elderly Communist and Nazi-era criminals, Révész would prefer a more symbolic way of historical justice. But he suspects that the government will use the opportunity to remind the public again of the Communist ancestry of the left-wing opposition.

Véleményvezér welcomes the prosecutor’s decision, but wonders why Biszku was not apprehended earlier. The liberal conservative blogger speculates that Fidesz wants to demonstrate its resoluteness against totalitarian criminals, but also wants to divert public attention from recent blunders.

In Magyar Nemzet, Gyula Haraszti blames the political elites for not prosecuting Biszku earlier. The pro-government columnist suggests that the procrastination of the trial is primarily the fault of left-wing intellectuals who try to whitewash the crimes of the Kádár regime.

In Magyar Hírlap, Ferenc Sinkovics contends that Biszku’s persecution is an important step towards historical justice and reconciliation. His fear, however, is that reconciliation may be undermined by the efforts of left-wing intellectuals, who try to distinguish violent hard line criminals like Biszku from the more moderate Communists, including János Kádár. They do so in order to strengthen the nostalgic narratives of Kádár’s goulash Socialism, hoping that it will help them mobilize voters against the government at the 2014 parliamentary election, Sinkovics contends.