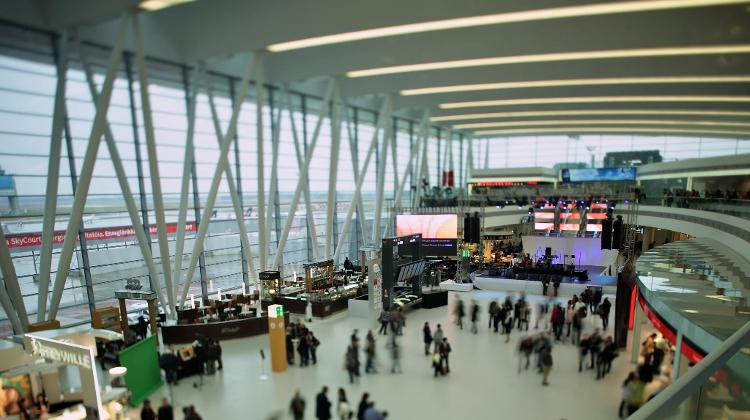 The icon indicating the smartphone application has already appeared on the website of Budapest Airport. The application is available for download on phones running under iOS, Android and BlackBerry platforms. Although it is a basic application at the moment, several new functions will be introduced in upcoming months. This move further strengthens the leading position of Budapest Airport among European Airports offering online services.

The first own smartphone application of Budapest Airport is available for download from Apple App Store, Google Play and BlackBerry App World as of November. The application called BUD Airport is a beta version software, but due to ongoing development it is expected to reach full functionality by spring 2013. At the moment, the application displays the schedule which is searchable for destination, airport or flight number 12 months in advance. The application is available in Hungarian, English, and German.

In the coming weeks and months, the schedule will be topped-up with real time flight information. Nevertheless, the greatest novelty will arrive next spring. Passengers with smartphones will be able to download a free and complex application with full functionality, including information on available parking spaces, commercial offers, and other useful functions linked with their journey. Budapest Airport invites its passengers to try the new application and share their experiences and recommendations on Facebook or comment the application within the online store.

The new smartphone application is yet another step for Budapest Airport in its drive to remain at the forefront of competing airports offering up-to-date digital and online services. The airport operator has been operating its Facebook page successfully for almost two years, which has by far the highest number of followers among European airports with passenger numbers under 10 million. The social media site of Budapest Airport has become a decisive communication channel for Budapest Airport and also a popular interface for complaint management.

“This is a very important step for Budapest Airport, as we are the first to launch an own smartphone application among our regional competitors”, said Kam Jandu, Director Aviation of Budapest Airport. He added: “We have invested a lot of time and energy into developing our online products: we have launched our Facebook-page, our website has been totally renewed and in addition to English and German it is also available in Russian now. We hope that our latest service will be downloaded and tried by many, and we will try to further develop the application to meet the needs of our passengers.”