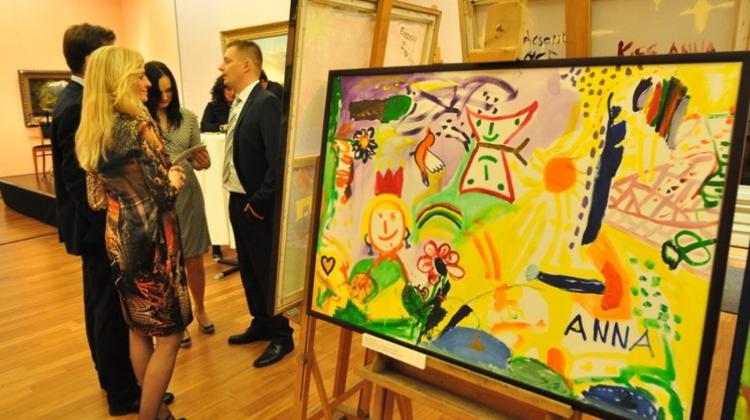 Under this emblematic title, DOWN Association has auctioned a collection of 30 paintings in KOGART House, on 21st November, 2012. It was a contemporary painting auction and gala dinner for charity, to support early intervention for children with Down Syndrome. One of the most important missions of the Association is the early integration of all disabled children among their healthy fellows.

The funds from the auction will be spent on therapies used in Csodavár Early Intervention Center. The sooner they get special intervention treatments, the better chances they may meet to live.

The patron and the honored guest of the evening was Gábor Kovács, the founder of KOGART. Amoung the guests the Association welcomed the U.S Ambassador and her party, the General Manager of Four Seasons Hotel, the owners of Szamos Marcipán Hungary, the Chellomedia Hungary, the Manager Director of Ford Credit, the Director and actress of Vígszínház, and many other nice people who got together for one common target: help.

The Vígszínház had become the cradle of integration on the International World Down Syndrome Day, 21st March, 2011. The contemporary artists (István ef. Zámbó, András Wahorn, József Tóth, Bíbor Timkó, Éva Bubla, Judit Horváth, Gábor Szabó) were surrounded by young, enthusiastic children with Down Syndrome and their many healthy mates. On this remarkable day, they were painting together.

7 other own paintings are offered by the painters to the organizer DOWN Association, for the charity event.

From the collection of 30 paintings 25 have changed owners this evening. The amount of the support on this evening was 3.4 million HUF.

Thanks for every participant, their names will never be forgotten.

More about Down Association online (in Hungarian)