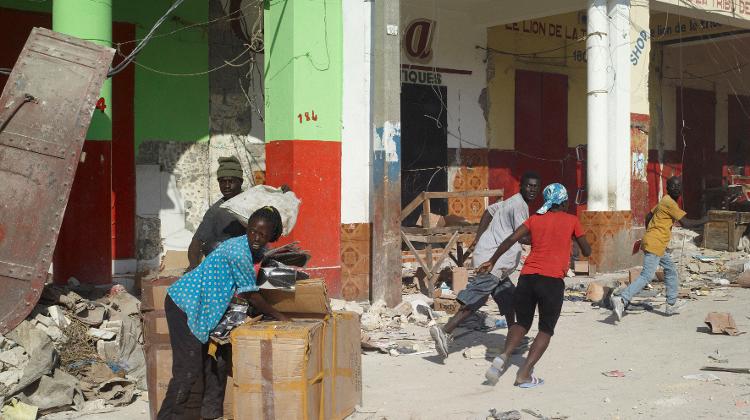 At times a paradoxical topic, Power has the ability to portray both negative and positive aspects of human impact on the planet. Political power affects millions including future generations, while power of the natural world is awesome, beautiful and destructive.

The Prix Pictet has two elements: the prize of CHF 100,000 awarded to a shortlisted photographer and the Commission, in which a nominated photographer is invited to undertake a field trip to a region where the Bank is supporting a sustainability project.

French photographer Luc Delahaye won the fourth Prix Pictet and the British photographer Simon Norfolk was invited to undertake the fourth commission for which he will undertake a fieldtrip to Afghanistan with the support of the Swiss-based humanitarian organisation Medair.

Speaking at the award ceremony in the Saatchi Gallery, London, guest of honour Lord Norman Foster of Thames Bank OM, said, “I think that the incredible thing about this series and about the award is really at a public level, at a lay level, we might ask 'what is sustainability?' You can interpret it in so many different ways – you can read an article in a newspaper, you can see a headline about Kyoto – but when you see these images, it really brings it home.”

Following the opening in London, the Power exhibition embarked on a global tour and has so far visited Munich and Paris. The exhibition at the Hungarian House of Photography will be the first time photographs by artists shortlisted for the prize have been shown in Hungary.

The exhibition will run from 18 January - 24 February 2013 and will be open at Istanbul Modern at the end of January.

The Prix Pictet, launched in 2008, is the world’s leading prize in photography and sustainability and has as its mission a search for outstanding photographic series that communicate messages of global environmental significance. Entry is by nomination only, through one of the Prix Pictet’s 200-strong global network of nominators, comprising curators, critics, museum directors and other acknowledged experts in the field of visual arts.

The Prix Pictet has two elements: the Prize of CHF 100,000 awarded to the photographer who, in the opinion of the independent jury, has produced a series of work that speaks most powerfully to the theme of the award (Power winner: Luc Delahaye); and the Prix Pictet Commission, awarded by the Partners of Pictet & Cie, in which a nominated photographer is invited to undertake a field trip to a region where the Bank is supporting a sustainability project. British photographer Simon Norfolk has been invited to undertake the fourth commission with Medair in Afghanistan.

A selection of works from the portfolios of each artist shortlisted for Power have so far toured to Munich (Bernheimer Fine Art Photography) and Paris (Galerie Vanessa Quang).

Power, the book of the fourth prize, is published by teNeues. It includes the work of the 12 shortlisted artists and others nominated for the fourth Prix Pictet. Power is the fifth book published in collaboration with teNeues and is available from their website, gallery bookshops and other outlets worldwide.

With each Prix Pictet award, Pictet supports a charity whose work reflects the theme of the prize in that cycle. Simon Norfolk will visit Afghanistan with the support of Medair’s Afghan and international staff working on the ground. Active in Afghanistan since 1996, Medair helps communities survive such disasters as droughts, floods and landslides, but stays to teach and implement Disaster Risk Reduction strategies, such as flood prevention infrastructure, so that communities have the power to protect themselves from subsequent threats. The photographs produced for the Commission will be previewed at Les Rencontres d'Arles in July 2013 and will then be exhibited in London.