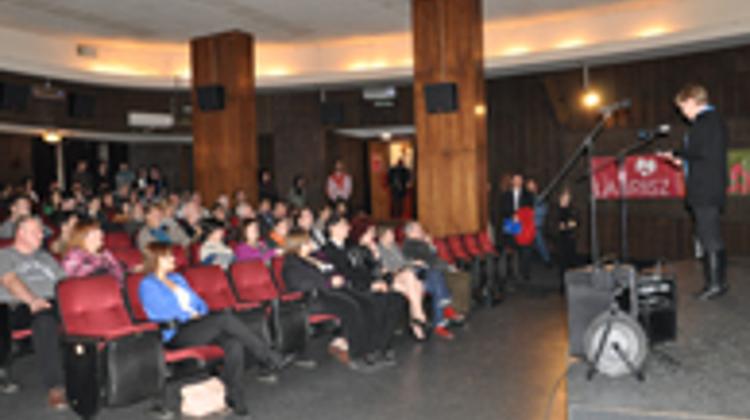 Organised by the LABRISZ Lesbian Foundation and gay NGO Háttér, the event took place in Vörösmarty Cinema. In her speech the DHM congratulated the organisers, highlighted the importance of tolerance and pledged the Embassy’s continued support for similar events in the future.

The First Hungarian LGBT History Month will consist of 30 art, cultural and social events as well as film screenings in Budapest and other Hungarian towns. The British Embassy will also host two of the roundtable discussions.

The British Embassy in Budapest has long been an active supporter of minorities, including the LGBT community. In June 2012, organised as part of the Budapest EuroGames, DHM Theresa Bubbear spoke at the Third LGBT Business and Human Rights Forum. In July 2012 the Embassy sponsored and Ambassador Jonathan Knott co-opened the Budapest Pride Festival.