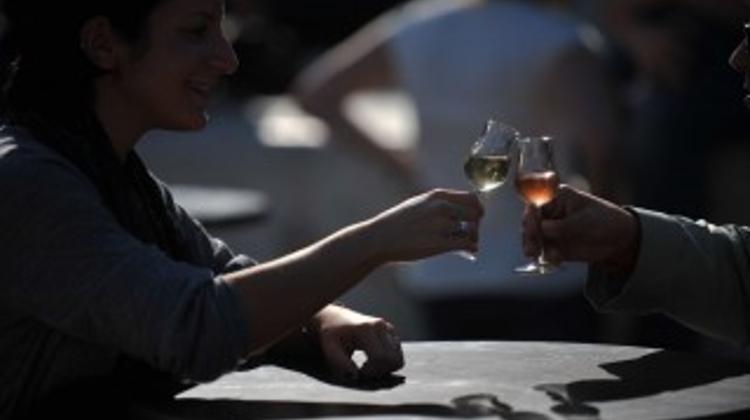 By<a href=" http://welovebudapest.com/en " target="blank"> We Love Budapest </a>: Pálinka is good for health and it can be made out of anything. The Hungarian magic shot has been in the Carpathian Basin for hundreds of years and it’s officially Hungarian property according to international law. Its fame is mainly due to its fruity taste and its wonderful effect on the human body and a huge cult has been built around it during the past years. We visited the best pálinka places in Budapest.

The reason why Hungarians don’t make short drinks out of wheat and potato is a famine that swept through the country in medieval times during which the king forbade the use of the valuable food material. However, Hungarians drink when they are happy and they do the same when they are sad, so finding a new source of fun was necessary and inevitable. Fruit proved to be just as good as its predecessor, and voila, pálinka was born.

Abszolút Pálinka is a place that was built in order to spread the word of this treasure and it provides opportunity to buy and taste the best of best. It is strongly recommended to do this carefully because the open-minded customers can transform into something scary quite quickly.

Most people in Budapest think of Rézangyal Bisztró when they hear the word “pálinka”. Undoubtedly Rézangyal is one of the most well-known pálinka brands in the country, yet they don’t distill their own beverages; their work is all about travelling, tasting and dragging the best into their selection. Let’s admit it: everyone wants a job like this.

You can try many things here starting from the classic plum to the tougher ones with 55% alcohol through sweeter shots with added honey, however this latter ones should not be called real pálinkas. The law states that pálinka is something that was made an bottled in Hungary, only contains Hungarian fruits with no additives (not even honey) and has at least 37.5% alcohol content.

There are several Rézangyal pálinka houses in Budapest. For more information about their location, click here.

Zsindelyes Pálinka House was founded in 1984 in a town called Érpatak and has been making drinks with the original double-distilled way in a copper pot. Zsindelyes is an important member of the good quality pálinka family. Back in the days Mester Restaurant and Pálinka House used to be called Zsindelyes Restaurant but the selection has been expanded so changing the name became necessary. Now Árpád, Etyeki Czímeres, Panyolai and Agárdican be found on the menu.

The place is dedicated to spreading word of the original Hungarian pálinka culture that has nothing to do with finishing a shot and chasing it down with a glass of cheap beer. Real pálinka should be served and consumed from a traditional tulip shaped pálinka glass and the drink itself has to be tasted before swallowing, and it must not be cooled below room temperature. If we do everything the right way there is now way our head will hurt the next day.

This is a real Pálinka store where almost all the distillers (at least the best ones) are present in the form of impressive bottles in order to make pálinka even more popular. We can find quite a few interesting tastes: paprika and walnut, so it’s not hard to become confused even if you think you know what you want. The only bad thing about this place is that you can’t taste before buying anything, but even if you could it wouldn’t make the situation easier. It’s worth coming back here every once in a while.