WAMP Presents: Budapest, As You Have Never Seen It Before, 23 June 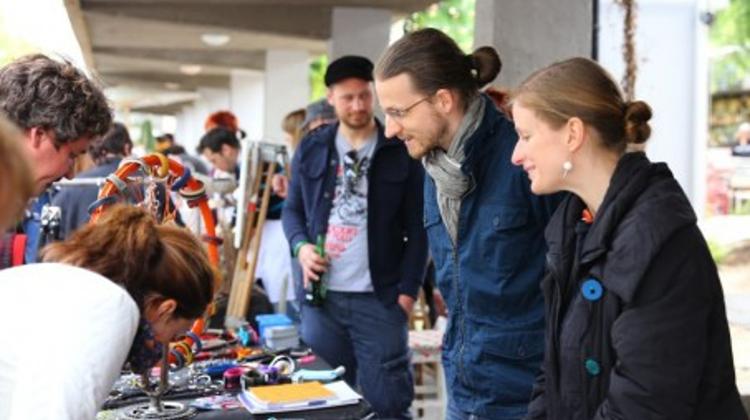 On June 23 until late at night, there will be a special event held on Erzsébet Square, partly connected to Midsummer Night, the summer solstice. In addition to the design fair, WAMP and WeLoveBudapest are preparing some other exciting events for visitors.

Naturally, WAMP will present the best Hungarian designers again to the general public , this time featuring some designers whose work are in some way related to Budapest: youthful, light-hearted creations with an urban feel. The organisers have selected some items that can evoke memories for tourists and can show the busy metropolis in a new light to locals.

Among others, Zoltán Hajtmanszki’s sensitive photos presenting Budapest from a unique angle, Marcus Goldson’s ironic drawings about Budapest through to eyes of a foreigner, Urban Legend’s cycling outfits that reveal some urban legends using QR codes and Matyódesign’s T-shirts and dresses reinterpreting traditional folk motifs will be featured at the design fair.

Regular WAMPers are well familiar by now with the offers of Büfé Budapest, who are now preparing some special creations that are all about the flavours and smells of the capital.

The WeLoveBudapest programme guide website joins WAMP as a special guest, contributing to the event’s prestige with their own initiatives. In addition to the gastro surprises, there will be a special Cultivo night, presenting some creative ideas that make Budapest a more liveable and lovable city. Silent Disco, held in association with Fröccsterasz, will be a special multi-sensory experience for people who love to dance.

Designer of the month in June: Phaidra

Sensuality, elegance and a bit of romance: these are the adjectives most often used to describe the Hungarian Phaidra brand, which has been around for barely a year. This brand, whose main designer is Viktória Tisza, fills an important gap on the Hungarian market since beyond highlighting feminine curves in a classic way, the designer would also like each customer to feel that they make a lifestyle statement when they wear a beautifully made Phaidra bathing suit. The brand’s latest collection, which is somewhat sportier and cooler than their previous collections, will debut at WAMP this Sunday.

One day before the fair, on June 22, the organizers will present a special WAMP collection parallel to the awards ceremony and the large-scale, one-day fashion event of the Gombold újra! competition. On the gallery of Hall B of Millenáris, garments and accessories created by regular WAMP contributors will be exhibited in the form of a spectacular installation. Just as in previous years, WAMP will award an applicant with a special prize, so it is worth buying a ticket for the awards ceremony in the evening, too.